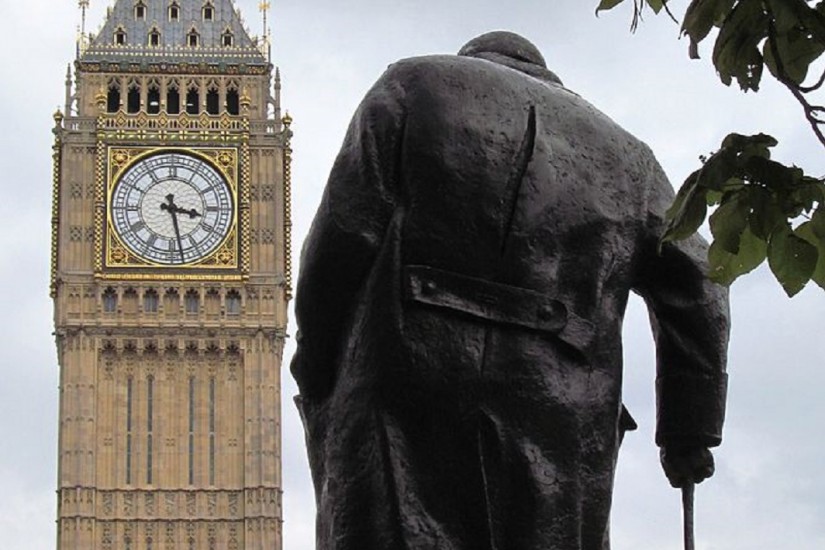 “History,” Winston Churchill said, “will be kind to me, for I intend to write it myself.” He needn’t have bothered. He was one of the great mass murderers of the 20th century, yet is the only one, unlike Hitler and Stalin, to have escaped historical odium in the West. He has been crowned with a Nobel Prize (for literature, no less), and now, an actor portraying him (Gary Oldman) has been awarded an Oscar.

As Hollywood confirms, Churchill’s reputation (as what Harold Evans has called “the British Lionheart on the ramparts of civilization”) rests almost entirely on his stirring rhetoric and his talent for a fine phrase during World War II. “We shall not flag nor fail. We shall go on to the end. … We shall fight on the beaches, we shall fight on the landing grounds, we shall fight in the fields and in the streets. … We shall never surrender.” (The revisionist British historian John Charmley dismissed this as “sublime nonsense.”)

Words, in the end, are all that Churchill admirers can point to. His actions are another matter altogether.

During World War II, Churchill declared himself in favor of “terror bombing.” He wrote that he wanted “absolutely devastating, exterminating attacks by very heavy bombers.” Horrors such as the firebombing of Dresden were the result.

In the fight for Irish independence, Churchill, in his capacity as secretary of state for war and air, was one of the few British officials in favor of bombing Irish protesters, suggesting in 1920 that airplanes should use “machine-gun fire or bombs” to scatter them.

Dealing with unrest in Mesopotamia in 1921, as secretary of state for the colonies, Churchill acted as a war criminal: “I am strongly in favour of using poisoned gas against the uncivilised tribes; it would spread a lively terror.” He ordered large-scale bombing of Mesopotamia, with an entire village wiped out in 45 minutes.

In Afghanistan, Churchill declared that the Pashtuns “needed to recognise the superiority of [the British] race” and that “all who resist will be killed without quarter.” He wrote: “We proceeded systematically, village by village, and we destroyed the houses, filled up the wells, blew down the towers, cut down the great shady trees, burned the crops and broke the reservoirs in punitive devastation. … Every tribesman caught was speared or cut down at once.”