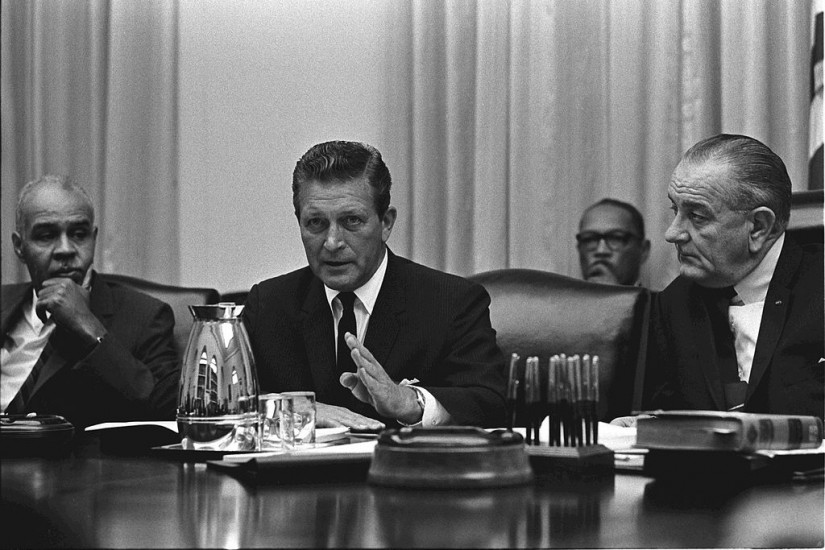 During the summer of 1967, more than 150 cities erupted into violence, fueled by pent-up resentments in the cities’ black communities over police brutality and other forms of racial injustice. News networks broadcast the unrest around the country, and as the cities burned, many Americans watched in shock and horror.

President Lyndon B. Johnson responded by organizing a commission, comprised of lawmakers and law enforcement officials from around the country, to understand what caused the violence that left scores of people dead and caused millions of dollars in damages. The National Advisory Commission on Civil Disorders — more commonly known as the Kerner commission after its chairman, Illinois Gov. Otto Kerner, Jr. — released its recommendations on Feb. 29, 1968. Today, 50 years later, the commission’s findings, that “the nation is moving toward two societies, one black and one white — separate and unequal,” still ring true.

But just as the report laid bare the inequality experienced by black Americans in urban areas and attempted to paint police brutality as a main cause of the uprisings, the Johnson administration doubled down on a law-and-order agenda. The president, still expected to run for re-election later that year, was driven by the fear that white voters would not sympathize with the commission’s findings. Crime was rising in many cities, but the commission urged the federal government to invest heavily in programs aimed at improving the lives of the cities’ black populations.

What’s more, the violence provided the support lawmakers needed to shift from the War on Poverty to the War on Crime, which funneled millions of dollars of federal resources to local police departments and undermined local efforts to address the racialized policing practices that had set entire cities on fire. In the wake of the violence, two seperate and opposing movements formed. While the black community pushed for police reform alongside socioeconomic improvement, the federal government responded by equipping police with new tools to control violent expressions of civil unrest.

Some historians see the commission as a missed opportunity to broach a national conversation on the role of police in black communities. Still others point out an important insight into the nature of police brutality — that poverty and segregation can foster police violence.