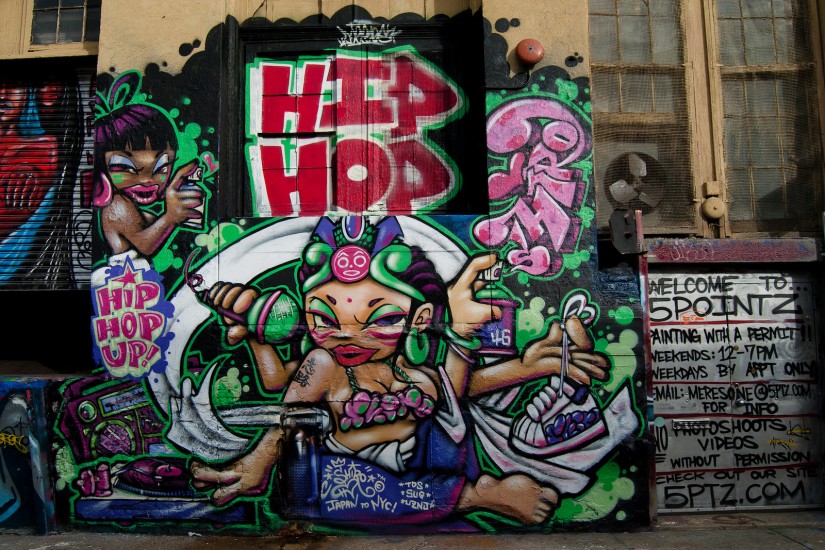 The birth of hip-hop is undisputed. It was August 11, 1973 at 1520 Sedgwick Avenue in the Morris Heights neighborhood of the Bronx, when DJ Kool Herc unveiled his two turntables and a mixer at a back-to-school party in the rec center. The origin of hip-hop journalism, though, is harder to trace.

In his 1982 Village Voice piece “Afrika Bambaataa’s Hip-Hop,” critic Steven Hager has been credited as first to put the then-local term “hip-hop” in an article. Carol Cooper was there shortly after Herc’s breakthrough to cover the burgeoning culture, writing about rappers like Kurtis Blow as early as 1983. Speaking to many of the journalists who would follow, though, there are three names that are consistently mentioned as key forefathers to the movement: Voice writers Nelson George, Barry Michael Cooper, and Greg Tate.

All three arrived in the early ’80s, with different styles and interests. George was focused on the business of hip-hop; Cooper was most connected to the burgeoning scene’s Harlem-Bronx street culture; and Tate often elucidated the links between rap and politics. “It was a good triangulation,” Tate says. “We diverged and played off of one other.”

From these beginnings, hip-hop journalism sprouted a flood of young writers who grew up immersed in the world of beats and rhymes. While white journalists and editors played a role, it was, like the culture itself, primarily a movement led by people of color.

“I had never thought there’d be such a big community of young Black writers, Asian writers, Mexican writers—people who were actually putting their stamp on this new kind of literature,” says Michael A. Gonzales, a prolific journalist who for the last 30 years has written about hip-hop for just about every publication that’s mattered.

It was a hot day back in 1977—the Summer of Sam—when Gonzales’s first toke off a joint coincided with his introduction to hip-hop. At a block party on 151st Street, Gonzales witnessed local legends DJ Hollywood and Lovebug Starski forge daring new sounds from borrowed breakbeats. Growing up in these surroundings—as he puts it, “the height of disco, punk, the blackout; New York is going to shit”—influenced Gonzales’s streetwise style.