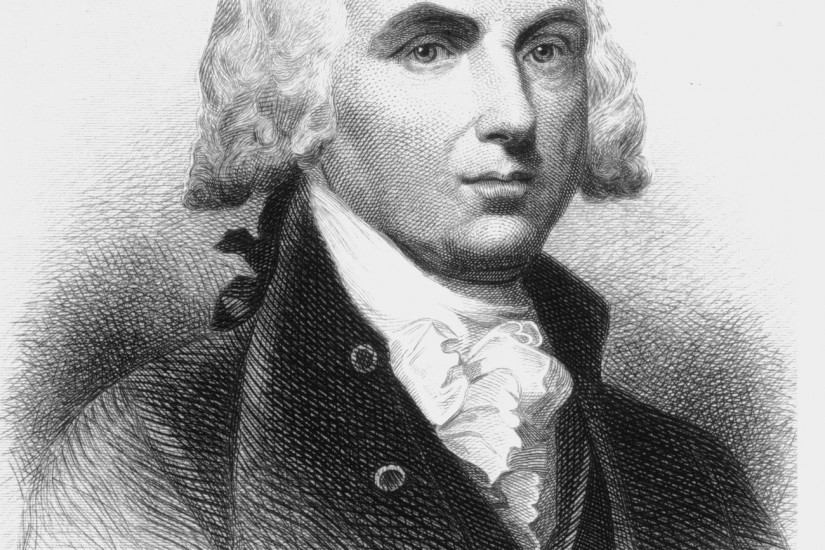 As Thomas Jefferson’s secretary of state, Madison returned to his old ideas about trade wars. First, he proposed the famous embargo of 1807, a game of chicken in which the U.S. banned all exports of any kind in the hopes of bringing the British to their knees. The embargo failed. Americans’ ability to live without export revenue ran out before the British blinked.

Madison was elected president anyway in 1808. He spent the entirety of the next four years trying every imaginable configuration of trade sanction against Britain and France, trying to play them against each other while simultaneously pursuing aggressive diplomacy. His goal was, as always, to restore access to foreign ports.

The peaceful nature of Madison’s efforts went against the conventional wisdom of the time, which held that only military force could eventually produce meaningful trade concessions. Madison intended to prove the conventional wisdom wrong.
He was confident partly because he had designed a successful Constitution that itself contradicted many accepted ideas about what a republic could or could not do.

But Madison also thought he had no choice. The U.S. didn’t have a standing army, and its minuscule Navy consisted of just six frigates, not all of them operational.

This was by design. As a republican, Madison believed that a standing army or navy would become tools to facilitate the end of democratic government and its replacement by empire, as had happened in ancient Rome.

Madison gradually came to believe that his theories about trade war were overstated -- and he began to threaten military action against Great Britain. Everyone understood that would take the form of an invasion of Canada, from which Britain supplied its West Indian colonies.

Ultimately, Madison thought he had to go to Congress and ask for a declaration of war against Britain. The War of 1812 was born of the American inability to achieve its trade goals using trade sanctions.