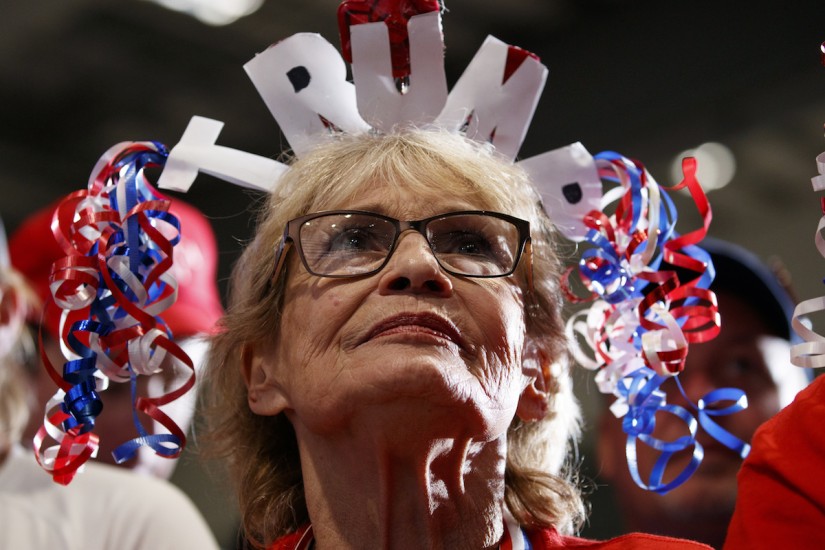 Among liberals and radicals, Donald Trump’s election has catalyzed fears of the far right even greater than those of 1964. Unlike Goldwater, Trump won. Historians Robert Kagan and Timothy Snyder lead the list of ‘public intellectuals’ who conflate Trumpism with fascism; Snyder even credits the possibility of a Trumpian version of the Reichstag fire. Lewis’s It Can’t Happen Here has made a comeback in bookstores and op eds. So many psychiatrists and psychologists publicly declared Trump mentally unfit for the presidency that the American Psychiatric Association felt obliged to reaffirm the Goldwater rule. In comparison, allusions to a mere paranoid style to describe Trump and his followers seem almost mild.

For an understanding of Trump and Trumpism, not much can be expected from the self-congratulatory mainstream news media where the level of reporting and commentary has declined since President Bill Clinton’s impeachment—not a high bar to begin with. Journalists and pundits generally prefer a familiar catch phrase to a semi-complicated idea or even an unorthodox simple idea. For example, foreign tyrants do not see themselves as evil and American support for one side in a regional or civil war may provoke violent attacks from the other side(s). Similarly, no one should be surprised when politicians and activists pick up any available rhetorical stick to clobber an opponent.

Scholars and public intellectuals should try to do better. Historians, who for a generation have taken pride in their ‘linguistic turn,’ might wonder why their sensitivity to semantic precision has all but evaporated.

Invocations of ‘paranoid style’ obscure what once again should be obvious. President Trump and the latest ‘extremists’ on the right are not hermetically sealed off from temperamentally less volatile conservatives—including most congressional Republicans. Hofstadter’s catch phrase also reinforces the current inclination among liberals reflexively to endorse anything contrary to Trump’s latest tweet. Hence their enthusiasm for institutions, policies, concepts, and people that merit skeptical examination: the Federal Bureau of Investigation, National Security Agency, so-called Republican mavericks, NATO, ‘free trade,’ ‘national security,’ ‘humanitarian invention,’ and a post-Cold War cold war with Russia or China.

Ironically, too, invocations of the ‘paranoid style’ inhibit efforts to figure out Trump’s way of thinking (no easy task) and to understand the grievances of his supporters. The President believes in plenty of conspiracies but does not fit Hofstadter’s core criterion, a conviction that history itself is a conspiracy. Whatever Trump’s fate as president, Trumpism is not going away—especially if he looks like a martyr driven from office by cosmopolitan elites.