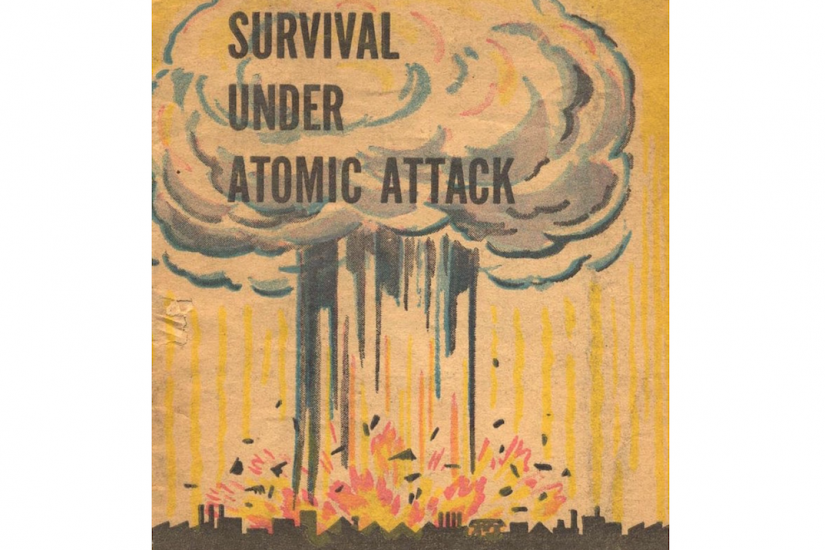 Published in 1950, "Survival Under Atomic Attack" was one of many U.S. Government manuals designed to prep citizens for a Soviet attack.
U.S. Office of Civil Defense

We’ve been living in the age of the active shooter drill for quite some time now. The Government Accountability Office reported back in April 2016 that of the 88 percent of K-12 schools in the United States that had emergency plans in place, 96 percent of those plans included protocols for defense against an active shooter. But after the Parkland, Florida, shooting, we’ve had what feels like an increased volume of commentary from parents airing their existential discomfort with the fact that their kids—sometimes as young as preschool age—have to prepare for such scenarios.

The thought of a group of 6-year-olds being instructed to throw books at a man armed with an AR-15 is exceedingly dark and has more than one writer invoking the duck-and-cover era of school civil defense as a parallel. How well does that parallel work? How did Americans come to accept the idea that their kids would practice hiding under their desks from a nuclear attack? And how did those kids feel about those drills? As it turns out, the experience turned some of them—kids and parents—into radicals.

Part of the reason critics advocating for gun control are talking about duck and cover now is that the history of those drills has been a cultural joke for decades. Historian Spencer Weart writes that the black-humor comedy-documentary The Atomic Café, “regularly screened in classrooms” since it came out in 1982, set the stage for an ironic and detached perception of 1950s civil defense. “[The Atomic Café] taught many to see ‘duck and cover’ training as a strange aberration,” Weart writes. “In fact, the training was a rational deployment of Second World War sheltering techniques, appropriate to the dangers of an attack with the few atomic bombs that existed in the early 1950s.”

Historian Alex Wellerstein reminded me that in the duck-and-cover era, the Soviet Union “only had a handful of bombs, only the size of the Nagasaki bomb.” So, in the event of a war, “your big cities are probably toast,” but, with some education and planning, some portion of the rest of the population might have been able to recover. For students at their desks on the outskirts of cities, it might actually have been helpful to crouch under their desks to avoid getting shredded by shards of glass from classroom windows when a bomb’s blast wave struck.