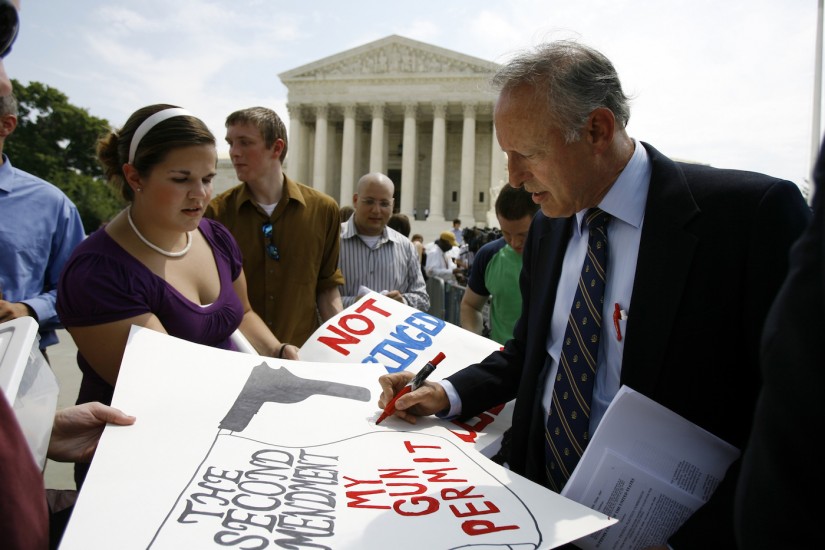 The Court’s announcement in 2008 that the Second Amendment, ratified in 1791, protects an individual’s right to bear arms against federal gun control regulation was long awaited by many, long feared by others. What produced this ruling and what might it reveal about the character of our constitutional order? For many, constitutional law changed because the Court interpreted the Second Amendment in accordance with the understandings of the Americans who ratified it: Heller marks the “Triumph of Originalism.” Others saw the case very differently, observing that the Court had interpreted the Second Amendment in accordance with the convictions of the twentieth-century gun-rights movement and so had demonstrated the ascendancy of the living Constitution. The two accounts of the decision stand in some tension. One views Heller’s authority as emanating from the deliberations of eighteenth-century Americans, while the other views the constitutional debates of twentieth-century Americans as decisive.

What kind of authority did the Court exercise when it struck down the District of Columbia’s handgun ban as violating the Second Amendment? On the originalism view, the Court is merely enforcing the judgments of eighteenth-century Americans, who, in an epochal act of constitutional lawmaking, ratified a Bill of Rights that forbids handgun bans such as the District of Columbia’s. On the popular constitutionalism view, the Court itself is deciding whether handgun bans are consistent with the best understanding of our constitutional tradition; the determination is made in the present and responds to the believes and values of living Americans who identify with the commitments and traditions of their forbears. In the first case, the Court stands above the fray, disinterested, merely executing the commands of Americans long deceased. In the second case, the Court is normatively engaged in matters about which living Americans passionately disagree, enforcing its own convictions about the best understanding of a living constitutional tradition to which Heller contributes. On this account, Heller, through its originalism, participates in what Justice Scalia refers to in his Lawrence dissent as "the culture war."