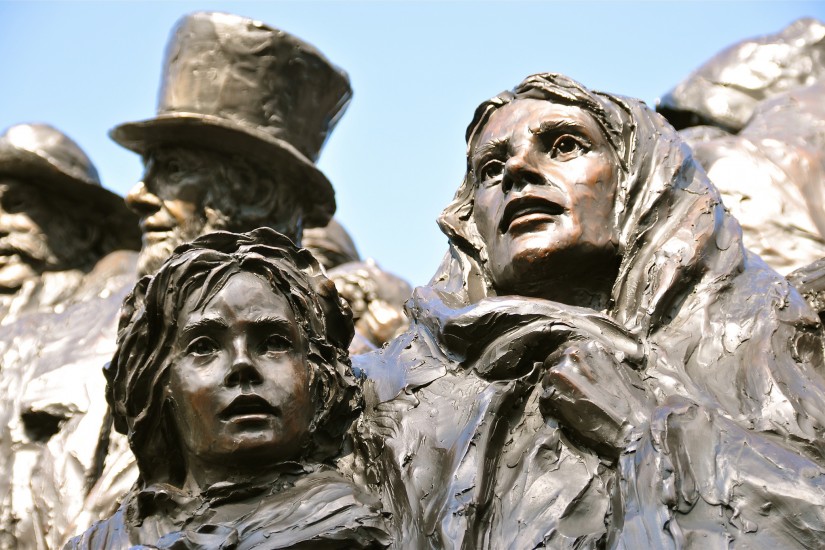 Call it "fake history." Whenever people on social media start talking slavery, reparations, and race, some Internet troll will jump up and demand, "What about the Irish?" Over the past few years, the myth of Irish slavery has found fertile ground in Internet memes as a way to derail any conversation about historical complicity for white folks in the slave trade or the need for affirmative action today. If the Irish escaped from slavery to general inclusion and prosperity, the false and racist argument goes, then African Americans can do likewise. Fortunately, whenever this claim starts to get traction, a librarian from Limerick steps forward to debunk it.

Liam Hogan works at the Limerick City Library, in Ireland. He's well known to his 30,000-plus Twitter followers and readers as a passionate and informed voice working against the myths of Irish slavery, while never erasing the complexities and nuance of the history of Irish forced labor. With St. Patrick's Day nearly here, Pacific Standard caught up with Hogan over a series of emails to discuss his work, the pernicious nature of the Irish slave myth, and what we can do to counter this false narrative.

How did you get started debunking the Irish slave myth online?

Around 2012, I read Nini Rodgers' ground-breaking book Ireland, Slavery and Anti-Slavery, which looked at Ireland in the context of the Black Atlantic world and racial slavery in Colonial America. She concluded that these European slavocracies had a major impact on Ireland. On a local level I was stunned to discover such details that Frederick Douglass spoke in Limerick or that Limerick merchants attempted to set up a slave trading company in 1784. It was a surreal feeling to discover that the 18th-century building that I worked in was built by Philip Roche, the most successful provisioner of the British West Indies in Limerick.

I then set out to explore Limerick's historical relationship with racial slavery and began to publish articles from an Irish perspective. I noticed that the most popular comment below one article was a piece of propaganda full of basic errors and false equivalences that suggested, "We were slaves too," I soon realized that this was a copy-and-paste text which had proliferated all over the social Web. It needed to be challenged.