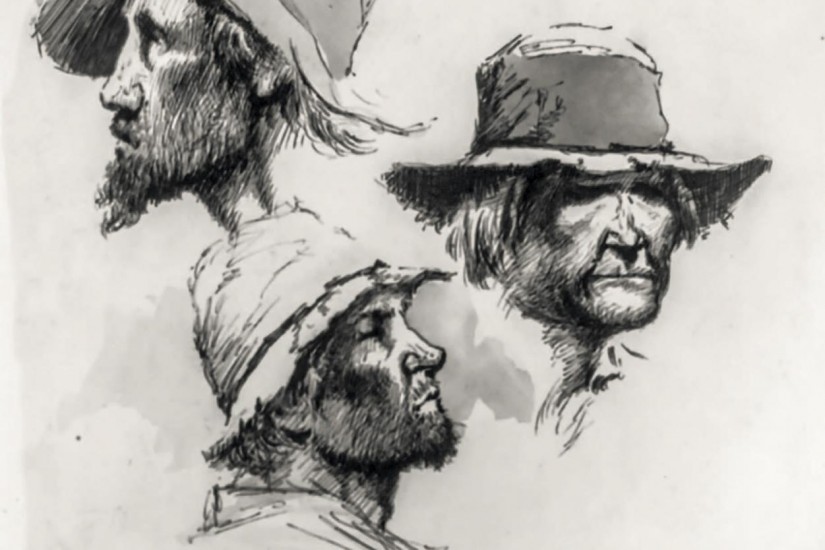 Detail from the cover of "Masterless Men," by Keri Leigh Merritt (2017).
Cambridge Studies on the American South

Due to the extremely alarming rise of Donald Trump, the American public is once again questioning the political beliefs and actions of lower-class whites. Often considered to be voting against their own self-interests by supporting elite white politicians, the nation’s poorest whites are generally stereotyped as uneducated, uncouth fools whose beliefs are dictated by an insidious form of racism. Yet poor white support for this aristocratic class has not always been so unwavering. Indeed, during the late antebellum period in the plantation Deep South, class tensions between whites were rife; and as conflicting views over slavery mounted, a deep distrust – and at times, hatred – divided the rich and the impoverished.

By simply acknowledging that whites have not always aligned in solidarity against black Americans, several persistent falsities regarding Southern history are revealed. Perhaps the most important myth to dismantle, however, is the myth of white unity over slavery. Poor whites consistently supported slaveholder policies, and even fought for the Confederacy, the argument goes, because they greatly admired the slaveholders and aspired to own slaves themselves. To be sure, there was certainly near-universal consensus among Southern whites regarding racism, but support for slavery varied significantly, especially among members of lower economic classes. Instead, the vast majority of poor whites recognized the near-impossibility of eventually owning slaves.

One of the main reasons this myth continues unchallenged is due to the disconnect between historians and economists. Especially over the last decade or so economists have produced some incredibly significant work concerning the nineteenth century South, yet their work goes virtually unheeded by many in the historical profession.