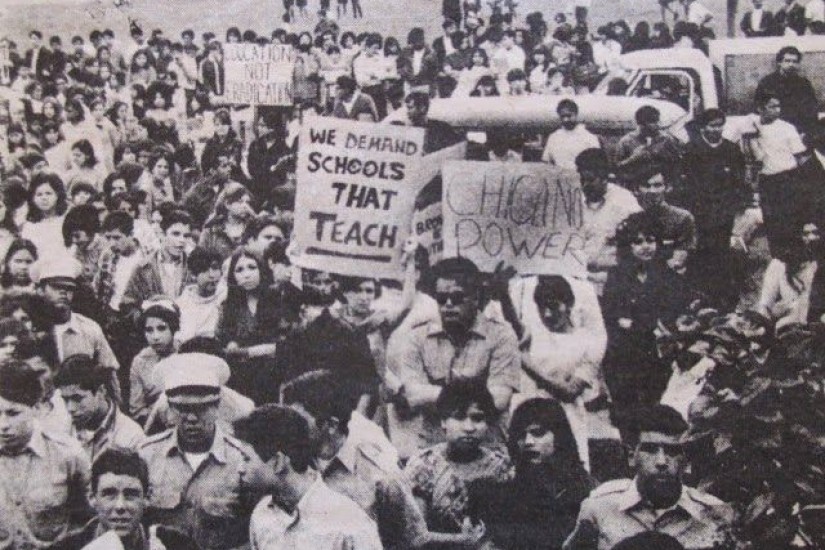 Paula Crisostomo was a 17-year-old high school student at the time, and one of the walkout’s organizers. CityLab spoke with her on the day of the Parkland walkouts.

What was your role in the walkout movement?
I was one of the organizers and leaders. We planned and organized for at least a year—remember, this was before social media and computers and all that. We had to build a movement by raising consciousness and awareness with not only our peers, but the community: educating everyone about the conditions of our schools and racist treatment. That entailed lots of meetings [and] free community newspapers we wrote for. We were also guided and mentored by one teacher, Sal Castro, and a cadre of Chicano college students who knew more about this stuff that we did.

What motivated you to plan and take part in the movement?
I had the privilege of having Sal Castro as a teacher, and he was an out-of-the-box sort of guy, especially for those times. One time, Mr. Castro took us for a 15-20 minute ride down the freeway to another school. I was amazed at the condition of that school: It was new, it had green space, it had this beautiful lobby in the administration building, the libraries were full of books, and the restrooms were open. All of ours were closed, because we weren’t allowed to use them before school, during lunch, or after school. We had to get a special hall pass: We had to respect them. They were bathrooms, they weren’t church!

When Mr. Castro said [this school] is part of the school district you’re in, I had to wonder “What the hell?” seeing the inequality of the whole situation. We were, of course, in a lower-income working class community; the school he took us to was higher-income and predominately white.