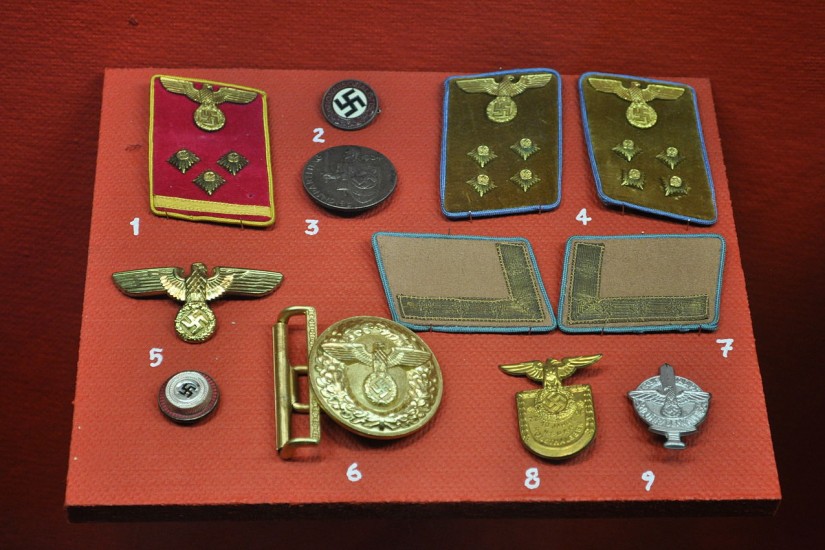 The problem, of course, with anything bearing a Nazi swastika, regardless of its historical value, is that most people find the symbol offensive. It was the banner of Adolf Hitler and the Third Reich, which was responsible for the slaughter of some six million Jews, millions of ethnic Serbs and Poles, and hundreds of thousands of gypsies, people with disabilities, and homosexuals. Of the countries the Nazis attacked, the Soviet Union lost almost 20 percent of its population or 23 million souls, roughly three million of whom perished in prisoner-of-war camps.

But for collectors like AR8Jason, Nazi memorabilia, particularly those bearing the swastika, are unambiguous reminders of this suffering. Though upsetting to many, he believes these pieces have a place in any discussion of World War II. “To obliterate the symbols of Nazi Germany,” he says, “would be to obliterate that period from our knowledge, and to forget what took place. We need to be aware of what caused Nazi Germany, what happened, and how much horror came to this world because of it.”

AR8Jason served in the United States Navy from 1979 to 1983 and left active service, honorably, as a second-class petty officer. Today, he continues to serve his country as a commander at his local Veterans of Foreign Wars post. For the past 25 years or so, he’s also been a collector, gravitating toward belt buckles, pocket watches, advertising pieces, and practically anything else that tells a story or can be pegged to a particular moment in U.S. history.
Not surprisingly, then, he also collects militaria, including medals and insignia worn by U.S. and Allied forces during World War II. Less intuitively, considering his passion for U.S. history and his past and present service to his country, he’s also collected a few Nazi-era items.

But you don’t have to look very far, AR8Jason says, to see what happens when history, however upsetting, is expunged from a culture or society. “We have a leader of Iran today who says the Holocaust did not take place. But even my youngest daughter knows better, and she’s in junior high school. So we should not remove these pieces from the public knowledge, from public view. I don’t see it as a glorification of Nazi military items. I’m a historian—these are pieces of history.”