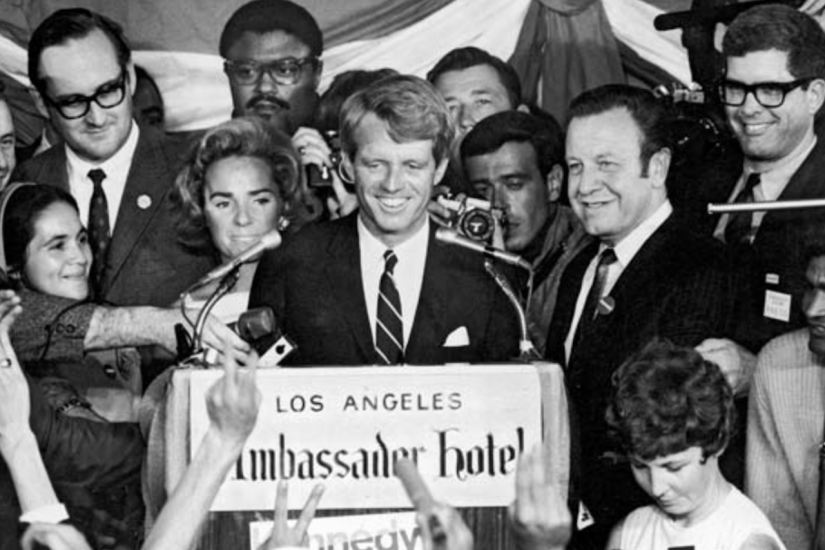 A sitting president had not been denied the nomination of his party since Chester A. Arthur in 1884. His Senate colleagues, including some who had turned hard against the war, like Wisconsin’s Gaylord Nelson and South Dakota’s George McGovern, were urging him not to run, fearing that a divided Democratic Party would only hand the reins of power to Richard Nixon. His advisers from JFK’s days, and his own brother Ted, were offering the same guidance—noting that in most of the big, delegate-rich states there were no primaries; the delegates were controlled by White House loyalists, making an insurgent run highly improbable. Their voices carried more weight than those of his Senate staffers—Adam Walinsky, Peter Edelman, Frank Mankiewicz—who were saying, in effect, “you have to run” (as a 24-year-old staff assistant eight months out of law school I was not exactly a key voice in these deliberations).

So it was not a shock when Kennedy told a breakfast of Washington journalists on January 30, 1968, that “under no foreseeable circumstances” would he run for president. (That breakfast happened on the very day of the Tet Offensive, which ended in military defeat for the North Vietnamese and a massive psychological defeat for the U.S. military). But the declaration seemed to put an end to the matter; Walinsky, the most ardent advocate of a run, told Kennedy he was leaving the Senate staff.

But Kennedy soon changed his mind—why? In the accepted narrative, the deciding factor was Eugene McCarthy’s New Hampshire primary showing, and there is a good amount of truth in that view. RFK and McCarthy held each other, as the British might put it, in “minimum high regard.” McCarthy saw the Kennedys as exemplars of wealth and privilege, while Kennedy saw McCarthy as an indolent elitist, marginally concerned at best with the plight of the poor. At the start of McCarthy’s campaign, Kennedy said, “He’s running to increase his lecture fees.”

But as primary day grew closer, it was clear McCarthy had tapped into a powerful sense of discontent with the war. It was not one-sided; surveys later showed that a plurality of his voters thought the war should be escalated. But it was enough to suggest that LBJ was about to receive a political shock. That possibility, added to Kennedy’s own instincts, turned him around before the New Hampshire primary votes were cast.