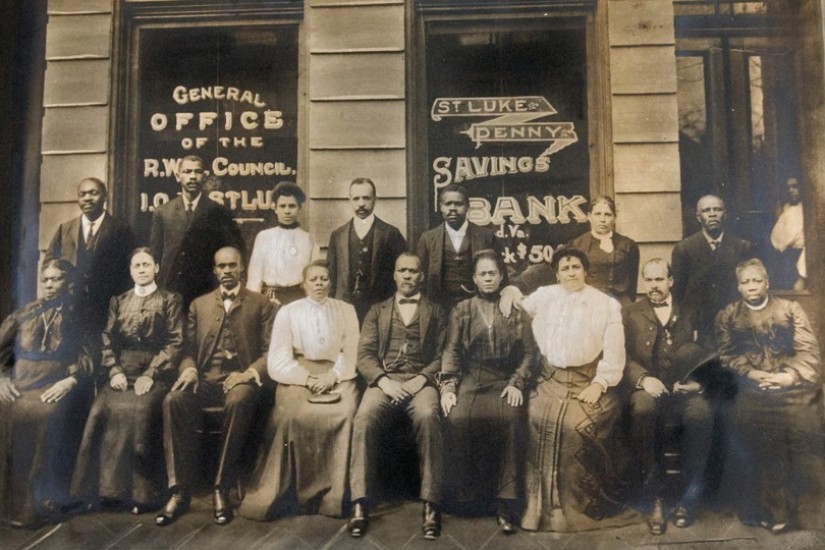 Over and over in The Color of Money, Baradaran shows that black business, and particularly black banks, have been offered as a sort of deus ex machina that might magically transform the lives of black people, even if they remain exploited by the dominant economic system. When Jim Crow laws relegated blacks to second-class-citizen status, black leaders like Booker T. Washington and John Hope put their faith in the generation of black capital, which they thought would elevate black people above such draconian treatment. Black activists during the Harlem Renaissance sought to create a “parallel economy” anchored by black banks. Marcus Garvey “likened the black ghetto to a domestic colony” and believed that black banking was an important part of the self-sufficiency essential to black nationalism. In the wake of the Civil Rights movement, black capitalism was further codified in government policy by Richard Nixon’s administration, who appropriated black power rhetoric to advocate for little more than technical assistance to black bankers, who then bore full responsibility for solving the racial wealth gap.

The problem is, black capitalism has not improved the economic lives of black people, and Baradaran deftly explains the reasons why. Black people were systematically excluded from New Deal policies, including the subsidized FHA mortgages that proved fundamental in increasing white wealth, through redlining and racial covenant agreements. Where black banks did exist, they were consistently less well funded, less profitable, and made fewer loans than white banks, rendering them powerless to substantially improve the prospects of black community members. And herein lies one of the most important lessons of The Color of Money — over the course of American history, white economic success has often been subsidized by black dollars, rather than the other way around. Baradaran notes that white banks often benefited from black dollars, particularly as the savings of black people in black banks transformed into loans for suburban whites. It worked like this: black banks were held up as a way to teach supposedly profligate black spenders to save their money. However, the other side of banking, lending to the community, was restricted for a number of reasons. Because the banks were smaller, and because well-meaning government deposit programs required it, black banks had to hold a large proportion of deposits in government securities, rather than making community loans. This “piggy bank” model of black banking effectively funneled black dollars into government programs like FHA loans they rarely benefited from. What’s more, when loans were made to black customers, they were often spent at white businesses or to buy property from white sellers. In turn, the loans were deposited at mainstream white banks where they funded loans to white customers, rather than circulating in the black community. This ensured that “not only were black banks not multiplying money in the black community, they were multiplying money in the dominant (white) banking system.”