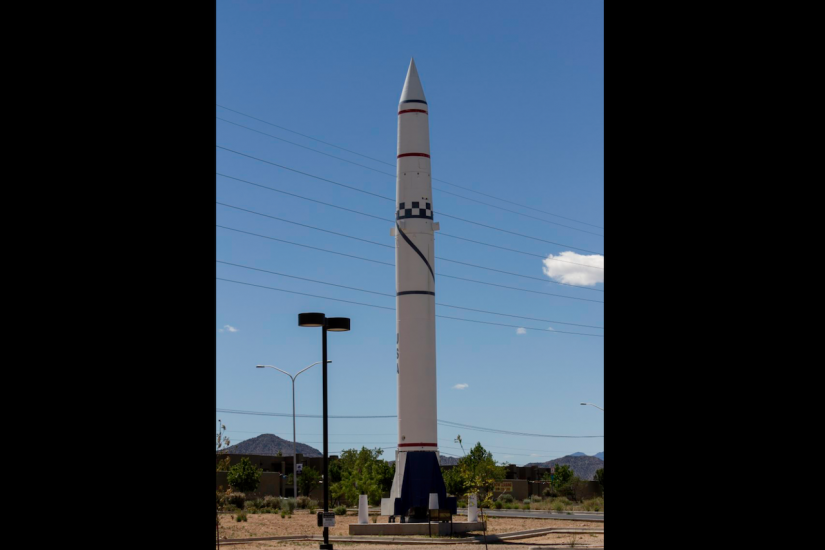 In 1969, Sandia set up a museum dedicated to the nuclear enterprise, located inside Kirtland Air Force Base along the southern edge of town. It was easy to ignore and avoid. Security concerns after 9/11 moved the museum off-base, to an old REI store, and for the better part of a decade the museum, along with its prominent decommissioned missile, was located right in Old Town. Always outside of the museum, the towering Redstone missile stood like a giant question mark, asking onlookers what it meant to be a nation with a nuclear arsenal.

For many if not most Americans, there is no clear understanding of nuclear danger, and the way that danger is inextricably linked to our nuclear heritage. But we can start to tally the legacy at home: It means we are born the stewards of a great many terrible things. Roughly 6,800 specific warheads, divided between roughly 1,400 deployed, 2,800 retired, and the remainder stockpiled in some form. It also means ownership of the legacy of everything that came with nuclear testing, development, mining, and waste disposal. In New Mexico in particular, that means acknowledging how the same industry created the labs at Los Alamos, propped up the Albuquerque economy, and left the predominantly Navajo, rural, poor uranium miners with booms, busts, and lingering health struggles.

This is an uncomfortable truth of life in New Mexico. For modern Albuquerque, the National Museum of Nuclear Heritage and History is an opt-in experience, an option for tourists and locals if they so desire, but unless they work on the base or in the labs, it’s easy to avoid. So, too, is it for most Americans, now that the days of duck-and-cover drills are long since past (even if the warning systems are still in place). North Korean nuclear tests and ICBM flights dominated headlines in 2017, but the technology behind the weapons is at least as old as the 1960s, and whatever handful of North Korean missiles are capable of reaching the United States, there are hundreds of other missiles, already in place across the globe, that can reach the continental U.S. too. And there is the fact of the United States’ own nuclear arsenal, which still keeps several hundred weapons ready to launch and destroy vast swathes of the world within an hour of receiving the order.