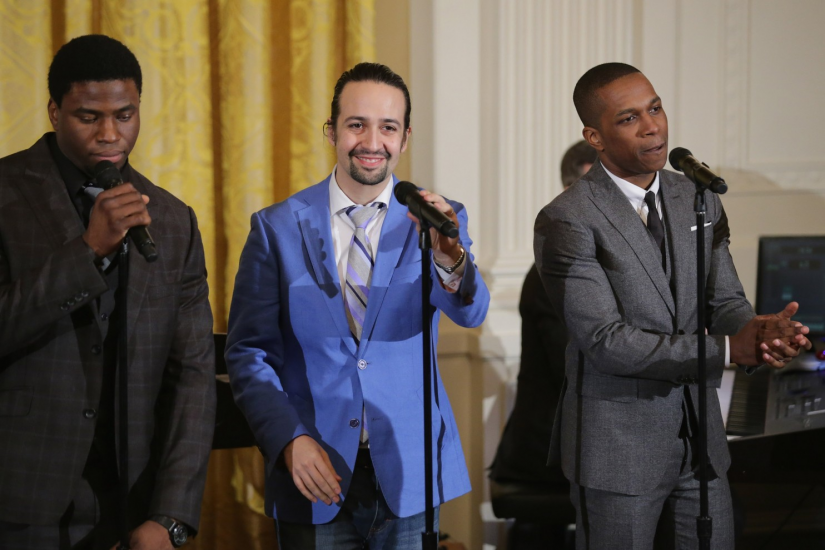 ‘Hamilton’ Broadway stars perform in the East Room of the White House on March 14, 2016.
Photo by Chip Somodevilla/Getty Images
…

Burr is reviled in “Hamilton” and in popular consciousness as a cowardly, unprincipled man who was unwilling to believe in or fight for anything. But in fact, Burr was in most ways more forward-thinking, by our standards, than his nemesis Hamilton, and the romantic recasting of Hamilton’s life story comes at the expense of a true progressive champion.

Burr’s villainy is actually the result of a smear campaign invented by his political enemies centuries ago, and then disseminated in newspapers, pamphlets and personal letters during and after his lifetime. Pop-cultural portraits of Burr have blindly repeated these distortions, transforming Burr into the quintessential bad guy of early American history.

In “Hamilton,” Burr is portrayed as a man without a moral compass, driven by envy and a yearning for power, whose only clear goal in life is to topple his heroic rival Hamilton, which leads to their tragic duel and Hamilton’s untimely death (along with that rather unfavorable comparison to Cheney). The first advice that Burr dispenses in the play is to never reveal what you really think. At the time of the Constitutional Convention, Hamilton calls on Burr to “take a stand” for the “first time in your life.” Burr replies: “I’ll wait here and see which the way the wind will blow.” Arriving at the election of 1800, words are put in James Madison’s mouth that Madison would never have said — that Burr has no positions: he “obfuscates, he dances.”  Hamilton tells Burr at the same time: “No one knows what you believe.”  None of this could be further from the truth.