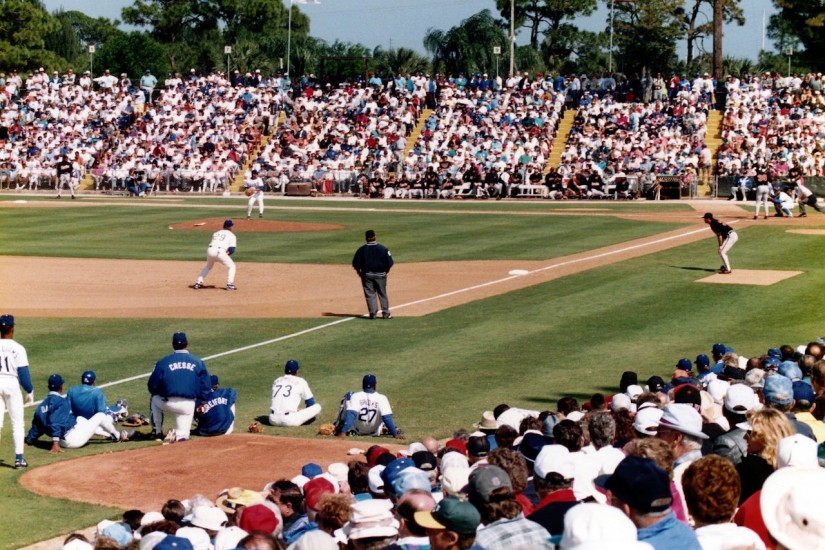 Before the Grapefruit League, which currently consists of 15 major league baseball clubs who conduct their spring training in Florida, and the Cactus League, consisting of 15 clubs training in Arizona, spring training was a more spontaneous affair. In 1870, a year after becoming the first fully professional team in baseball, the Cincinnati Reds started their second season by going down to New Orleans and playing the first games of the season in the South. The Chicago White Stockings, which later became the Chicago Cubs, also started that season in New Orleans. Over the next decade, more professional and amateur teams started heading to cities in the South to kick off their seasons. As Charles Fountain describes in Under the March Sun (2009), spring training in this period was mostly about conditioning rather than improving baseball skills. Players spent their days taking long hikes or doing bodyweight exercises to lose the weight they’d gained over the winter and to get back in shape for the season. Not all teams planned for spring training far in advance, or even participated in it.

Scholars disagree on the origins of spring training as an organized and regular institution. Larry Foley, professor and chair of the journalism department at the University of Arkansas and the director of the documentary The First Boys of Spring (2015), says there is little question about Hot Springs, Arkansas, as “being the place where the idea of spring training really took off.” In 1886, Cap Anson, the player/manager for Chicago White Stockings, took the players to Hot Springs to train before the season began. Hot Springs was an ideal location both because of its warm weather and its springs, which helped players recover from training.