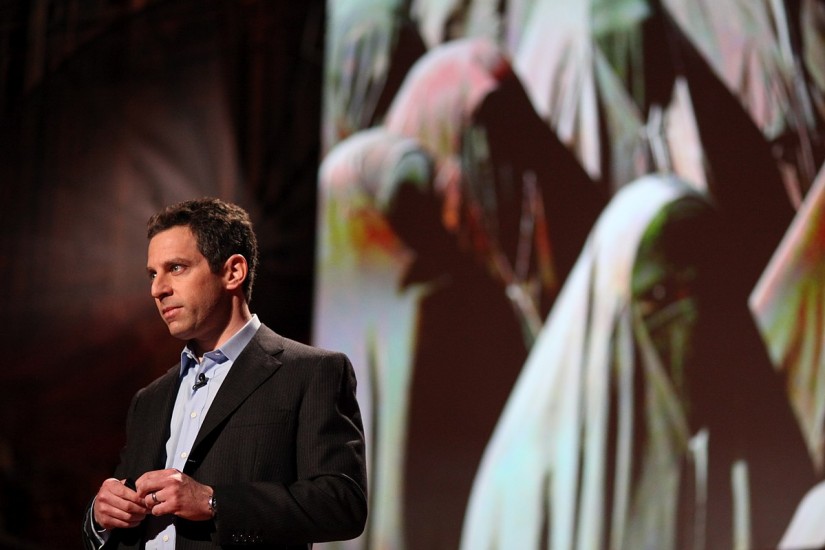 Here is my view: Research shows measurable consequences on IQ and a host of other outcomes from the kind of violence and discrimination America inflicted for centuries against African Americans. In a vicious cycle, the consequences of that violence have pushed forward the underlying attitudes that allow discriminatory policies to flourish and justify the racially unequal world we’ve built.

To put this simply: You cannot discuss this topic without discussing its toxic past and the way that shapes our present.

The conversation between Murray and Harris, one not unique to them, is particularly important right now because it shows how longstanding, deeply harmful tropes are being rehabilitated across the right as a brave stand against political correctness, and as a justification for cutting social programs and giving up on efforts to foster racial equality.

So let’s dive in.

I’m a listener of Sam Harris’s podcast, Waking Up, and so I heard his conversation with Murray when it first aired. I often disagree with Harris, but he’s a curious, penetrating interviewer, and his discussions on consciousness, artificial intelligence, and meditation are worth seeking out.

What bothered me most about Harris’s conversation with Murray was the framing. There is nothing more seductive than “forbidden knowledge.” But for two white men to spend a few hours discussing why black Americans are, as a group, less intelligent than whites isn’t a courageous stand in the context of American history; it’s a common one.

In his book Stamped From the Beginning, which won the 2016 National Book Award for nonfiction, Ibram X. Kendi traces the history of arguments about black inferiority to before the founding of the republic. “Even before Thomas Jefferson and the other founders declared independence, Americans were engaging in a polarizing debate over racial disparities, over why they exist and persist, and over why White Americans as a group were prospering more than Black Americans as a group,” he writes. Those explanations typically revolved around ever more baroque claims of biological difference.