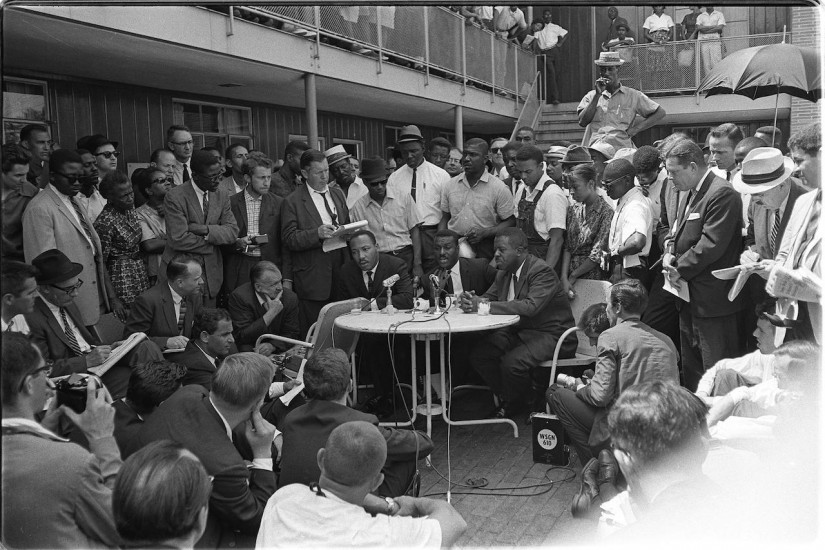 “The civil-rights revolution in the South began when a man and the eye of the television film camera came together, giving the camera a focal point for events breaking from state to state, and the man, Martin Luther King Jr., high exposure on television sets from coast to coast,” wrote the journalists Robert Donovan and Ray Scherer in their history of television news, Unsilent Revolution.

Why did the TV news networks become “the chosen instrument of the revolution,” as NBC News’ Washington bureau chief, Bill Monroe, put it?

In most popular discussions, the answer is cinematic and comforting: Brave white Northern journalists charged into the South, making common cause with black activists to expose the racial injustice of Jim Crow simply because that was the right thing to do.

In this story, the invention of television was all it took to tear down the walls of segregation, another inevitable point in that arc that bends to justice; Americans merely needed to see what was really going on and the country came to a moral reckoning. In this story, the South was a place apart, different from the rest of the country in the virulence of its white supremacy. In this story, Martin Luther King Jr. is a beloved figure whom the majority of white Americans both believed and revered.

No piece of the popular narrative escapes close scrutiny fully intact. King has been (rightly) lionized in the decades since his death, but he was a polarizing figure to the white audiences who encountered him in the years after the 1955 Montgomery Bus Boycott. By 1966, 63 percent of the country had a negative view of King, according to Gallup polling at the time.

Racism was not only present in the former Confederacy. Yes, in the South, oppression was written into law and deepened by local violent traditions. But when black migrants went north and west, what they found was all too familiar. Black people were forced into cramped, run-down residential districts by restrictive covenants, “steering” by realtors, mobs of angry white people, and the impossibility of securing mortgages at the same cost as white people. State-sponsored violence against black people took different forms, but it did not stop at the Mason-Dixon Line. Urban police departments inspired fear and anger in all the cities where large numbers of migrants settled.