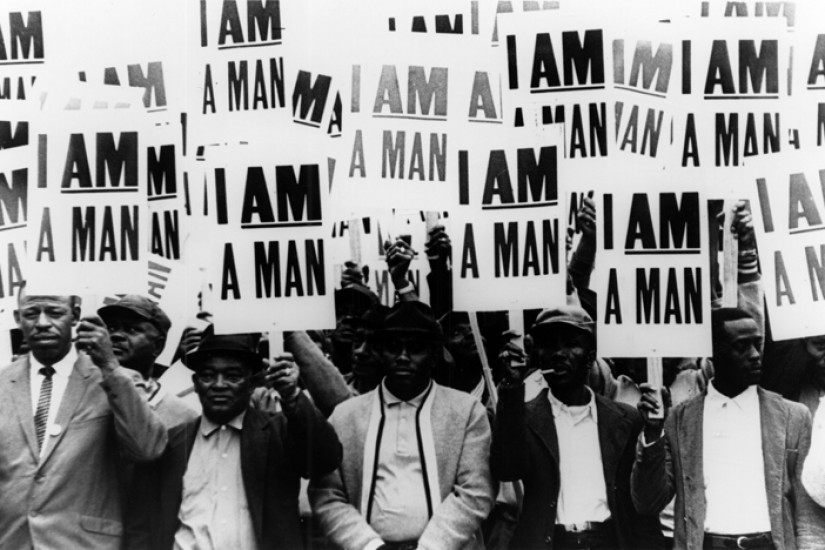 On a recent Friday in Memphis — a day when solemn, gray clouds threatened to burst into tears of rain — Ozell Ueal took a seat outside Mason Temple Church of God in Christ where, on April 3, 1968, the weather signaled similar foreboding.

Yet the cause that drew Ueal and his wife, Florence, to the church to listen to the Rev. Dr. Martin Luther King Jr.’s last speech 50 years ago proved to be stronger than the thunderstorm that kept some people away.

At that time, Ueal was one of 1,300 African-American sanitation workers who had been on strike since February 11. Their aim: to stop Mayor Henry Loeb and the city’s white power structure from continuing to treat them lower than the garbage they carried on their heads, their shoulders, and their hips — putridness that seeped into their skin, their clothing, and ultimately their souls.

“They didn’t treat us right . . . we needed better working conditions,” said Ueal. “I had to have (cortisone) shots in my shoulder from years of carrying those heavy tubs . . .”

These days, Ueal’s memory of those anxious yet anticipatory days are fading, along with his eyesight. He was scheduled to have cataract surgery soon after we spoke. This week, Memphis is deluged with celebrities, activists, and media there to commemorate April 4 — the 50th anniversary of when King was killed on the balcony of the Lorraine Motel by sniper James Earl Ray.

While he fights for his eyesight, the aches in Ueal’s shoulder still remind him of those days in 1968, when he and his colleagues’ marches for better wages and working conditions were met with tear gas and billy-club beatings. The ache in his heart reminds him of that thunderous night when he was among hundreds who packed the Mason Temple’s pews to hear King lay out his vision not only for the future of Memphis’ sanitation workers, but for a nation that needed to realize the humanity of all workers.