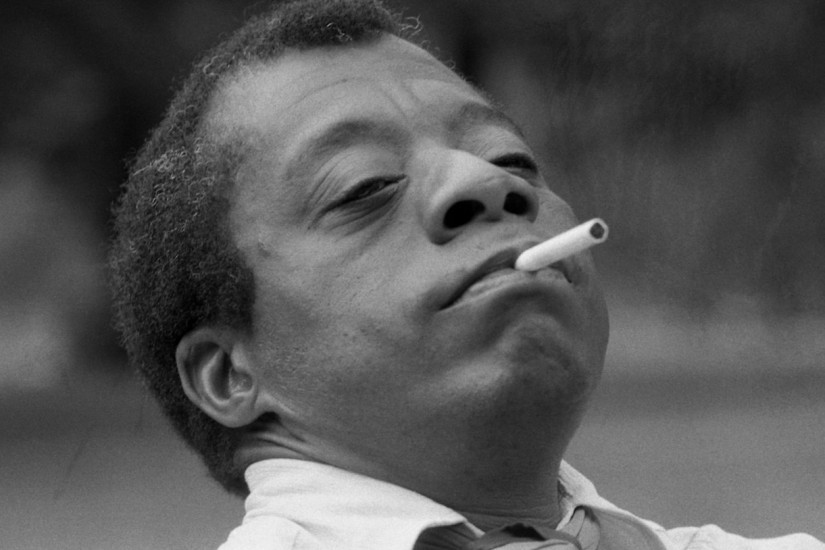 On the afternoon of April 4, 1968, James Baldwin was relaxing by the pool with actor Billy Dee Williams in a rented house in Palm Springs. Columbia Pictures had put Baldwin up there after commissioning him to write a film adaptation of Alex Haley’s The Autobiography of Malcolm X (1965); Williams was Baldwin’s pick to play Malcolm. The men were listening to Aretha Franklin when the phone rang. Upon hearing the news that Martin Luther King, Jr., had been assassinated, Baldwin collapsed in Williams’s arms.

Baldwin had known King since 1957, when the two had met in Atlanta. They had seen each other twice in the previous weeks. Both spoke at Carnegie Hall on February 23 in honor of W. E. B. Du Bois. For the event, Baldwin read aloud from his defense of the Black Power activist Stokely Carmichael, an essay that had recently also been published in the Manchester Guardian. And on March 16, along with Marlon Brando, Baldwin introduced King at a fundraiser at Anaheim’s Disneyland Hotel.

In Baldwin’s estimation, King was struggling to guide what remained of the Freedom Movement, contending with the growing appeal of younger militants such as Carmichael while traveling nonstop to support nonviolent action wherever it showed promise. The Freedom Movement had always been chaotic. But by 1968 it was a volatile tumble of organizations, personalities, and philosophies. All were entangled in an increasingly violent culture, one Baldwin had been warning the country about since the early 1960s, most notably in The Fire Next Time (1963). As an artist and as an activist himself, Baldwin was astraddle languages of black assertion that were splintering between generations. Introducing King in Anaheim, Baldwin tried to remind listeners that King and younger activists were working toward compatible goals. Radicals hadn’t appeared out of nowhere. Baldwin described the journey from 1955 to 1969 as a “terrible descent.” Despite present schisms, he stressed common, righteous origins.

On April 12, three days after King’s funeral, Baldwin wrote an overdue letter to a long-time friend, Turkish actor Engin Cezzar. Citing grief, exhaustion, and the perilous political weather of the era, Baldwin wrote that, with so many of his cohort murdered, including Medgar Evers, Malcolm X, and now King, he felt overcome by both a despairing silence and an ethical burden to speak.