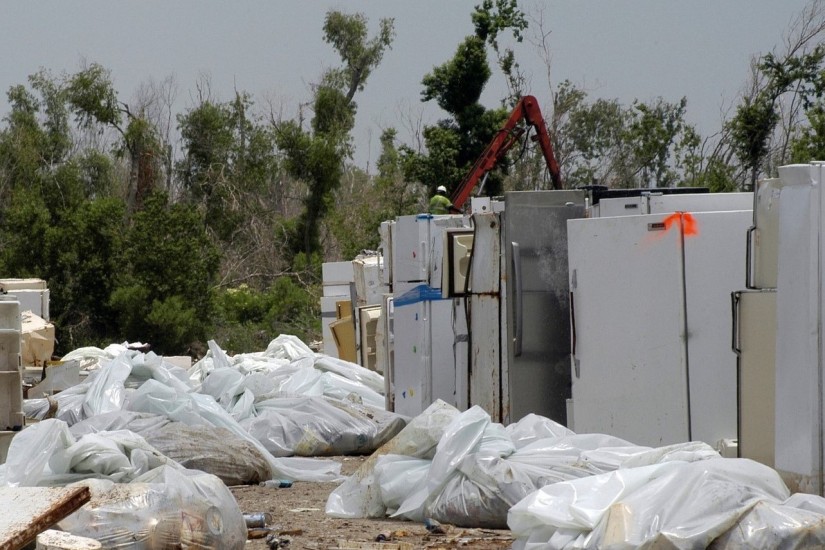 Americans had an early collective desire for cold things. Starting in the early nineteenth century, entrepreneurs cut ice from lakes and streams in New England and elsewhere; then transported it to warmer climes to sell for a profit. While it took the development of mechanical refrigeration later in the century to coin the term, this was the start of the American “natural ice” industry. In order to make such an industry possible, ice merchants had to develop a market, and they succeeded beyond their wildest dreams. Over the course of the nineteenth century, ice went from a luxury to a necessity for the vast majority of Americans and has remained so ever since. In the early twentieth century, the market for ice developed into a market for large refrigerators to keep all the foodstuffs that ice once preserved. Indeed, a refrigerator is called an icebox because before the development of household refrigeration machines during the 1920s the ice delivery man would drop a block in your “refrigerator” and you would have to try to keep the door closed to prevent it from melting too quickly.

In the course of developing an ice industry, Americans also developed the world’s most efficient cold chains, which now make the stocking of our enormous refrigerators possible. A cold chain is a supply chain that transports and stores temperature sensitive perishable goods. The most visible manifestation of the cold chain is the electric household refrigerator, but that is just its end point. Cold storage warehouses, refrigerated trucks – even the displays in grocery stores – are all part of this poorly understood infrastructure. Perishable goods travel from nearly every point on the globe to nearly every other point, refrigerated at every step of the way.

As cold chains became longer and more complex, having a big refrigerator became increasingly important for taking advantage of the opportunity that this new infrastructure brought. “Proper refrigeration is today an ever increasing necessity,” wrote the Frigidaire refrigerator company in a cookbook it distributed to housewives in 1929:

The rapid growth of population in cities and urban areas has brought dependence upon distant centers of food supply.