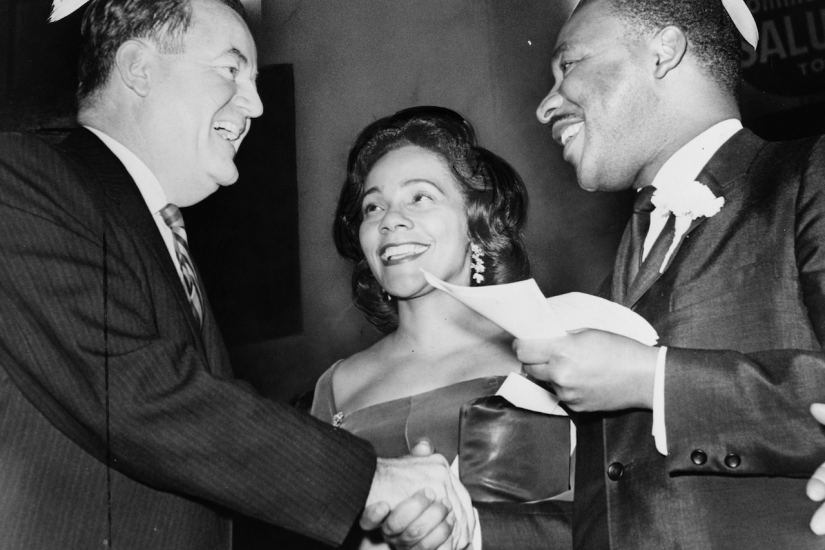 Seventy years ago, on the night of July 14, 1948, Hubert Humphrey, speaking at the Democratic convention in the Philadelphia Convention Hall, changed the course of the Democratic Party, and of post-war American politics. Yes, that’s the same Hubert Humphrey whom those of us who came of age in the late 1960s remember as the incarnation of a shopworn Cold War liberalism, the martyr of the cataclysmic 1968 Democratic convention. That Humphrey was LBJ’s sad rubber-faced puppet. This Humphrey was the maverick mayor of Minneapolis, the Happy Warrior whom Time had put on its cover under the banner, “The number one prospect for liberalism in the country.” In 1948, “liberalism” operated as a synonym for energy, optimism, and, above all, idealism. But with the Democrats now under the stewardship of Harry Truman, a stodgy machine pol, men like Humphrey feared that the party no longer stood for anything worth caring about. And Humphrey had come to Philadelphia determined to commit the Democrats to the one issue that cried out for a politics of conviction: civil rights.

This year, The Atlantic is commemorating the 50th anniversary of 1968, that year of terror and wonders. For the Democratic Party, and for Hubert Humphrey, 1968 was a kind of Calvary. The year 1948, by contrast, is the origin story of the post-war Democratic Party. And the question this history imposes on us today is: Did the commitment of 1948 lead inevitably to the electoral calamity of 1968 and beyond? That is, did the Democrats doom themselves to lose much of the white middle class simply by demanding equal rights for black people? If that’s the case, then racism is so deeply inscribed in the American soul, as much of the party’s left claims today, that a Democratic majority can only be founded on a coalition of the disadvantaged and the high-minded. If it’s not the case, then Democrats and liberals need to ask themselves where they went wrong.