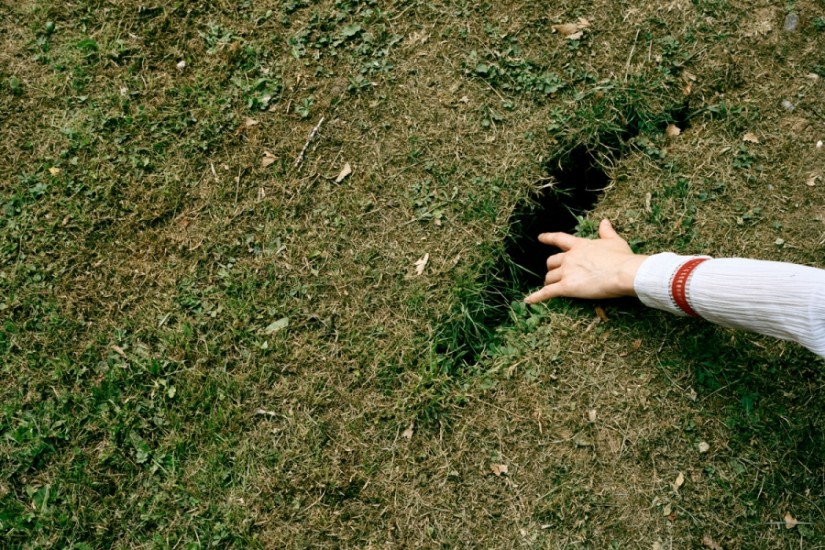 If the earth is wet enough and acidic enough, the first thing you’ll find when you start digging up a grave is a coffin-shaped halo in the ground. That’s the mark left by the pinewood walls of the casket as they decayed into deep umber in the dirt. Everything else—the lid, the body itself, and whatever earthly treasures went into the hole along with it—has been pushed down to the bottom. The halo descends about a foot, until you reach the grave’s lowest stratum, where you can find scraps of bone, or metal, or just more multicolored dirt. In drier conditions, you might find a lot more than that.

Susan Grzybowski, who has presided over nine thousand reburials for the engineering firm Louis Berger, has found completely articulated skeletons in hundred-year-old graves. She worked on two of the biggest cemetery-relocation projects of the past twenty years: 4,571 graves moved from Potter’s Field in Secaucus to make way for an expansion of the New Jersey Turnpike, and 1,494 moved from St. Johannes Cemetery in Chicago when O’Hare wanted to lengthen a runway. “There’s no such thing as a final resting place,” Grzybowski told me. “Perpetuity is a word that’s no longer used in the funeral industry.”

An unwanted cemetery represents a failure of imagination, a fatal overestimation of the human capability to create permanence. The farmers of the nineteenth century established family plots because they thought their families would never abandon their land. The urban planners put giant memorial parks outside the city limits, until the suburbs enveloped them. St. Johannes, established in 1849, was meant to last until the Day of Judgment, but the city got to the gate first.

Companies like Louis Berger have made a business of solving the legal, financial, and moral problems that emerge when a growing population bumps up against a supposedly final resting place. At O’Hare, they had archaeologists like Grzybowski on site, genealogists to identify next of kin, and funeral directors to get the necessary permits from the state. Grzybowski said she found the funeral directors particularly useful because she was “less familiar with human tissue.”

Several years ago, I met a funeral director who ran the whole show himself: R. Ward Sutton of Rocky Mount, North Carolina. Ward had graduated from mortuary school in 1964 and worked as an undertaker for twenty years before switching to cemetery relocations full time. He told me he saw a business opportunity when he realized, “Most funeral directors don’t want to get their hands dirty.” In his career, he had moved nearly ten thousand individual graves.