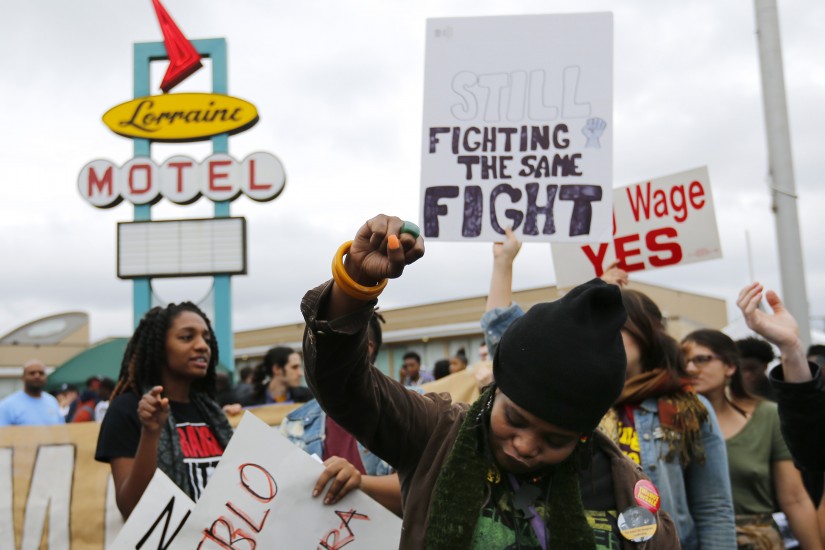 I was nine when the Museum opened, which meant I was already 23 years into the mourning that got in everybody’s blood within a 25-mile radius that Thursday evening, April 4, 1968. That mourning had gotten in our blood so much so that the next generation of folks who bore babies here were more likely to lose they babies than anyone else in any other city in this country. Being born with an extra 14 years of mourning, plus learning in your own nine years just as soon as you could comprehend your own name what you should know about that mourning, and why you had to carry it just as you carried yourself—so tall and proud and better than the worst of you and the worst of white folks, too—made me tired before I ever even could really know tiredness. Like Fannie Lou Hamer sick-and-tired-of-being-sick-and-tired kind of tired. The kind of tired that made me extra musty as a little girl for no apparent reason.

The Museum was added to our annual school field trip rotation alongside trips to the zoo, which, thanks to the miracle of desegregation, we could now go to any day we pleased. We went on His birthday, on free Tuesdays, during Black History Month, and sometimes for the anniversary, and sometimes because we were on the civil rights unit in social studies. I came to expect the funkiest feeling in my heart and stomach when we got to the bus and Rosa Parks and the bus driver and the other sculptural figures were still sitting there in silent history. I hoped Ms. Parks got up in the night after the museum was closed, put her makeup on to bring her color in good, got up from her seat, and marched up the aisle and slapped the dog shit out that bus driver. Every time I returned to the Museum, to that bus, there was no evidence that she had done any such thing. I jumped at the bus driver in the way we thrust our shoulders forward and furrowed our brows to threaten a fight on the blacktop.