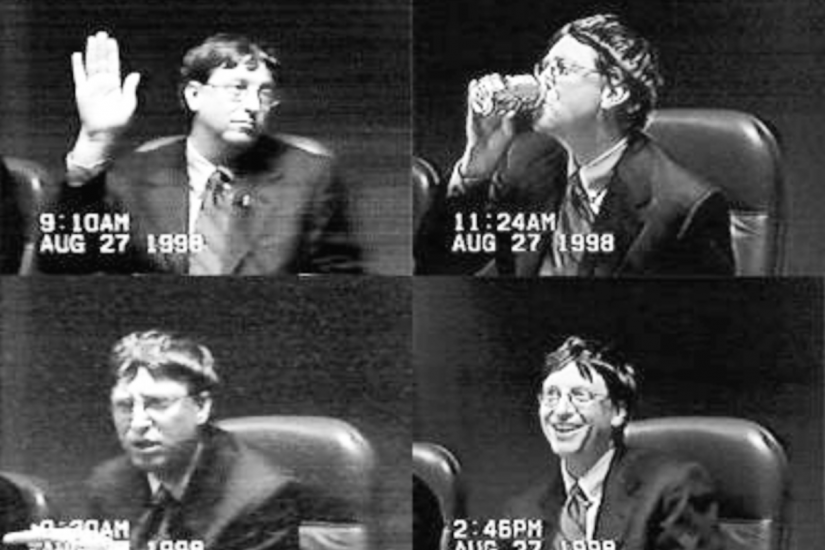 Twenty years and a month ago, Bill Gates, then chairman and CEO of Microsoft, made his first appearance before Congress. In testimony before the Senate Judiciary Committee, Gates defended against the accusation that his company was a monopoly.

Antitrust investigations into the company had been ongoing for almost a decade by then, since the George H.W. Bush administration. The ubiquity of Microsoft’s operating systems had raised initial concern, but Internet Explorer, Microsoft’s entry into the web-browser marketplace, had stoked further worry. Given Microsoft Windows’ 90 percent market penetration at the time, government and industry worried that the company would use that position to charge fees or otherwise control access to the internet, an important new tool for personal and business uses.

Much has changed since 1998. Then, the monopoly power of a computer-software giant was on trial, rather than a global notice board that let loose enough personal data to undermine democracy. At issue back then wasn’t just reining in Microsoft on antitrust grounds, but also ensuring that computing’s future couldn’t be governed by one corporation, particularly on the matter of how the internet was going to impact ordinary life.

But the role of computing has changed since Gates’s testimony.

The computer ceased to be a servant of human life and began to be the purpose for which that life is conducted. That’s the heart of the problem with the technology industry today, and it’s a problem that data-privacy regulation alone has no hope of fixing.