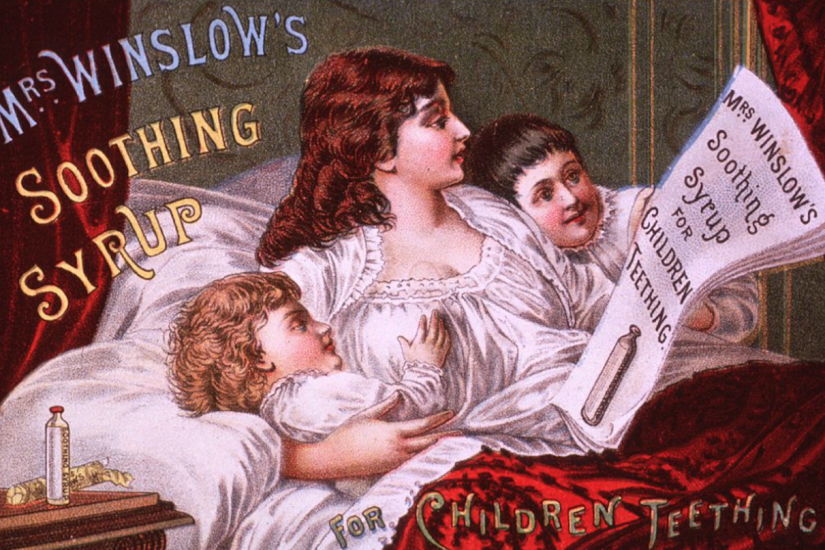 When historians trace back the roots of today’s opioid epidemic, they often find themselves returning to the wave of addiction that swept the U.S. in the late 19th century. That was when physicians first got their hands on morphine: a truly effective treatment for pain, delivered first by tablet and then by the newly invented hypodermic syringe. With no criminal regulations on morphine, opium or heroin, many of these drugs became the “secret ingredient” in readily available, dubiously effective medicines.

In the 19th century, after all, there was no Food and Drug Administration (FDA) to regulate the advertising claims of health products. In such a climate, a popular so-called “patent medicine” market flourished. Manufacturers of these nostrums often made misleading claims and kept their full ingredients list and formulas proprietary, though we now know they often contained cocaine, opium, morphine, alcohol and other intoxicants or toxins.

Products like heroin cough drops and cocaine-laced toothache medicine were sold openly and freely over the counter, using colorful advertisements that can be downright shocking to modern eyes. Take this 1885 print ad for Mrs. Winslow’s Soothing Syrup for Teething Children, for instance, showing a mother and her two children looking suspiciously beatific. The morphine content may have helped.

Yet while it’s easy to blame patent medicines and American negligence for the start of the first opioid epidemic, the real story is more complicated. First, it would be a mistake to assume that Victorian era Americans were just hunky dory with giving infants morphine syrup. The problem was, they just didn’t know. It took the work of muckraking journalists such as Samuel Hopkins Adams, whose exposé series, “The Great American Fraud” appeared in Colliers from 1905 to 1906, to pull back the curtain.

But more than that, widespread opiate use in Victorian America didn’t start with the patent medicines. It started with doctors.