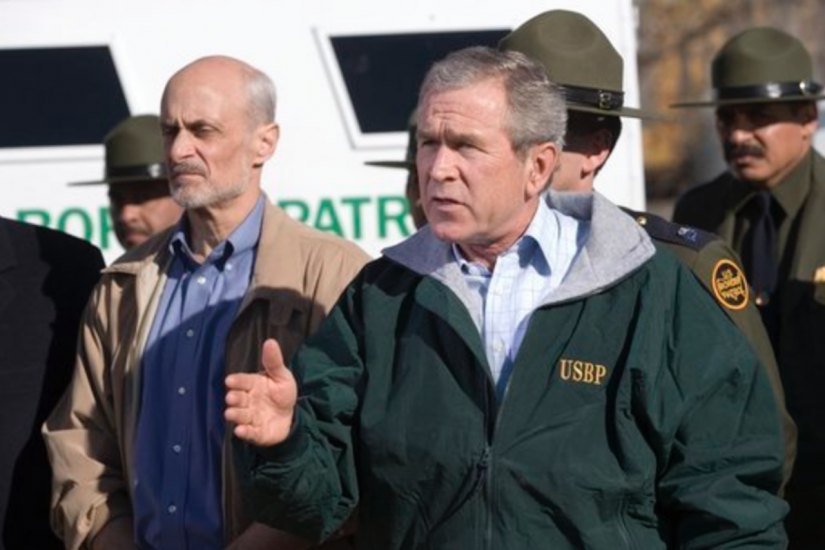 Republicans are using tough language in the current immigration debate. They speak of the threats and dangers posed by those in the U.S. illegally. Their words largely echo those of President Trump in warning that immigrants steal jobs from Americans and drag down the standard of living.

A blunt Trump campaign ad released during the recent government shutdown accused Democrats of being "complicit in all murders by illegal immigrants."

But it wasn't always so. For decades, leading figures in the GOP went out of their way to sound a compassionate note when it came to immigration policy. In recent years that rhetoric fell out of line with where the Republican base was, giving Trump the opportunity of a lifetime in 2016.

Even in the age of Trump, Ronald Reagan remains the iconic conservative standard bearer for many in the party.

At a 1980 GOP presidential debate in Houston, Texas, Reagan spoke of Mexico as "our neighbor to the south." He added, "We should have a better understanding and better relationship than we've ever had." And as he continued, Reagan sounded a lot like he was weighing in on today's immigration debate.

"Rather than talking about putting up a fence," the future president said. "Why don't we work out some recognition of our mutual problems?" It's the kind of line you might hear from just about any Democratic senator in 2018.

On the stage debating him that day was another 1980 GOP presidential hopeful and future president, George H.W. Bush. He was asked by an audience member if children in the country illegally should be allowed to attend U.S. public schools.

Bush didn't hesitate, saying he doesn't want to see 6- or 8-year-olds being uneducated or "made to feel that they're living outside the law."

Reagan eventually signed a major immigration law that toughened border security, but offered amnesty to immigrants in the country illegally who entered before 1982.

Fleischer says that because Bush had been governor of Texas, he had a realistic view of who was coming across the border.