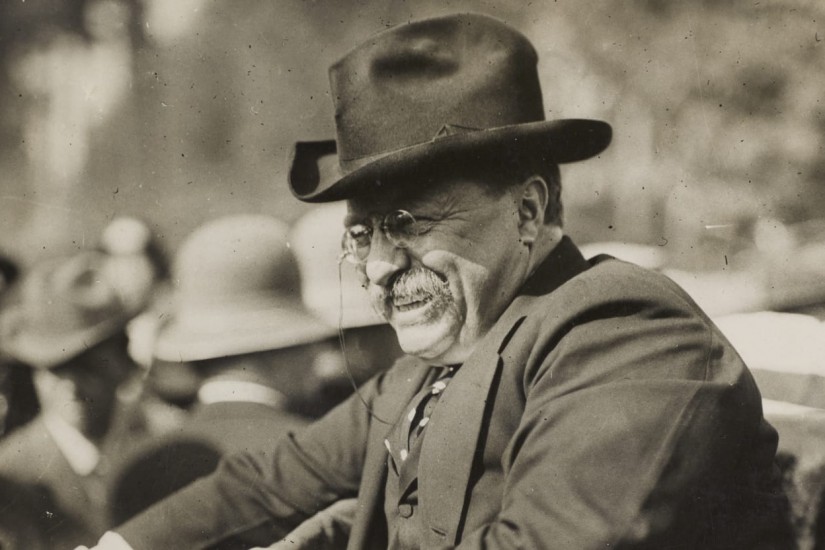 Roosevelt—a career politician who sought military service, an avid outdoorsman who hunted elephants and explored the Amazon, and an intellectually curious historian who dabbled in anthropology and zoology—might seem an unlikely model for Trump.

On trade, Roosevelt was—like most Republicans then and Trump now—a proud protectionist. “Thank God I am not a free-trader. In this country pernicious indulgence in the doctrine of free trade seems inevitably to produce a fatty degeneration of the moral fibre,” Roosevelt wrote in an 1895 letter to his friend Senator Henry Cabot Lodge.

Roosevelt was also a committed immigration restrictionist. In 1903, after radical socialists had bombed Haymarket Square in Chicago and assassinated his predecessor, Roosevelt signed into law a ban on anarchists—including those who professed radical political views, even if they didn’t have any actual terrorist affiliation. Four years later, another law excluded “idiots, imbeciles, feeble-minded persons,” prostitutes, those with certain medical conditions, such as epileptics, and polygamists, or even those who believed in polygamy. Notably this last provision was wielded against Muslim immigrants.

Roosevelt famously railed against “hyphenated Americanism” and declared that America was not a “mosaic of nationalities.” In language that rings as distinctly Trumpian today, Roosevelt demanded total allegiance and nothing else from American citizens, native and naturalized alike: “A square deal for all Americans means relentless attack on all men in this country who are not straight-out Americans and nothing else.”