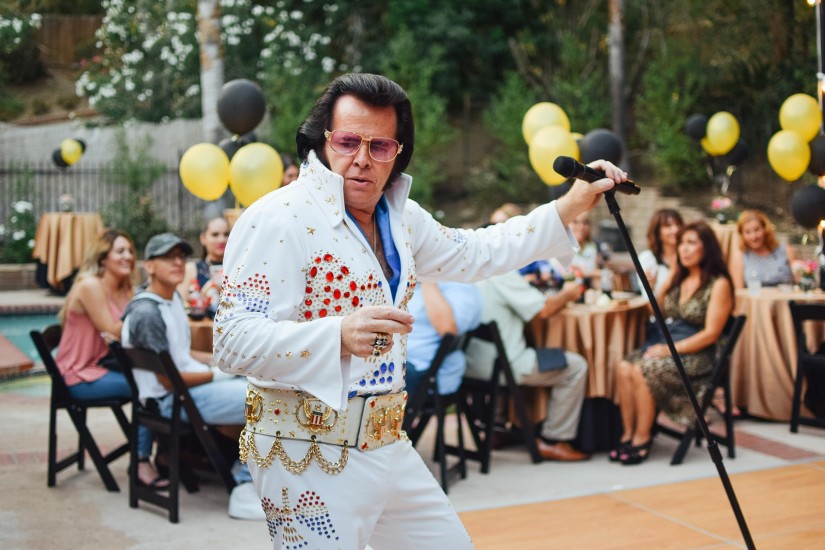 An Elvis impersonator performs at a party.
Greg Ortega/Unsplash

One day in the summer of 2001, English professor and cultural critic Eric Lott received a phone call from rock journalist Greil Marcus. Marcus had some news that must have felt, for Lott, like unexpected vindication: Bob Dylan, Marcus reported, had named his forthcoming record after Lott’s seminal study of blackface minstrelsy, Love and Theft: Blackface Minstrelsy and the American Working Class (1993). In addition to being thrilled, Lott must also have been intellectually provoked.

After all, Love and Theft was a study of the paradigmatic act of cultural appropriation in US history—the blackface minstrel show. Lott had argued that blackface minstrelsy, for all its overt racism, was in fact an ambivalent mixture of denigration and appreciation—an act of theft and love. In adapting Lott’s title for his own, Dylan inscribed himself in a tradition of appropriation beginning with minstrelsy. After all, that’s what musicians do: when they love something, they steal it.

Lott’s new book, Black Mirror: The Cultural Contradictions of American Racism, may be read as a response to Dylan’s enigmatic gesture, although in reality Lott began formulating many of its ideas shortly after the publication of Love and Theft, in 1993. The last chapter addresses Dylan directly, analyzing “Love and Theft” the album as the songwriter’s self-conscious commentary on his own career as master appropriator.

Accordingly, as the mirror metaphor in the new book’s title might lead us to expect, things become somewhat self-reflexive: to the extent that it’s about “Love and Theft”, is the chapter not also about, well, Love and Theft? Lott certainly treads through familiar territory in Black Mirror, interpreting the commodification of blackness in 20th-century American popular culture in similar terms to those he developed in his account of 19th-century blackface. This is, for all its sardonic wit and pop cultural promiscuity, a ghostly book: an account of the spectral traces of racist appropriation that is itself haunted by the shadow of the author’s magnum opus.