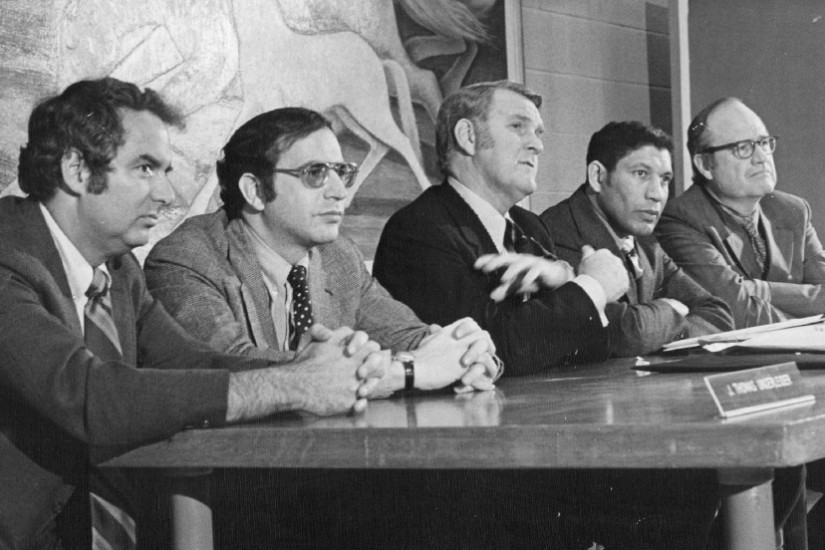 Nixon organized the National Commission on Marijuana and Drug Abuse, led by Raymond Shafer, the former Republican governor of Pennsylvania, in 1970. Formed by the Controlled Substances Act, which also created the five-schedule system for categorizing drugs, the Shafer Commission had a two-year mandate to study the scope and breadth of marijuana use in the United States. Nixon hoped the commission would connect cannabis to the troubles of the time — adolescent rebellion, social turmoil, widespread social protest and “deviant” behavior — warranting marijuana’s placement in Schedule I, the strictest and most highly punishable level of control.

But the commission found the opposite. After two years of interviews, surveys and research, the Shafer Commission declared that the drug had no links to criminal behavior and that marijuana smokers were no different than average Americans. Rather than supporting the drug’s illegality, the group recommended that cannabis be decriminalized nationwide and that federal resources be devoted to tackling the deadly heroin epidemic plaguing the country in the 1960s and ’70s.

These findings infuriated Nixon, and prompted a vindictive response. Shafer had hoped for a federal judgeship after the commission finished its work, but Nixon refused to nominate him. Nixon also publicly dismissed the group’s findings, arguing that he opposed “the legalization of marijuana and that includes sale, possession, and use.” As a result, marijuana remains a Schedule I drug today, which has led to mounting problems. The ACLU declares that 40 years of marijuana criminalization has destroyed families, undermined public health and incarcerated millions, all while costing the federal government billions and doing little to reduce national use.

Four decades later, however, we seem to finally be taking the Shafer Commission’s recommendations to heart. A majority of Americans believe that marijuana possession shouldn’t be a criminal offense, and cities and states across the country are decriminalizing or legalizing pot. Many defend these shifts in the same language once used by the commission — that cannabis users are not criminals and that other drugs cause much more harm. Some locales are even expunging records of previous cannabis crimes as a means to make amends for decades of incarceration.

But it took decades to learn these lessons from the past, and with the opioid crisis, we don’t have 40 years.