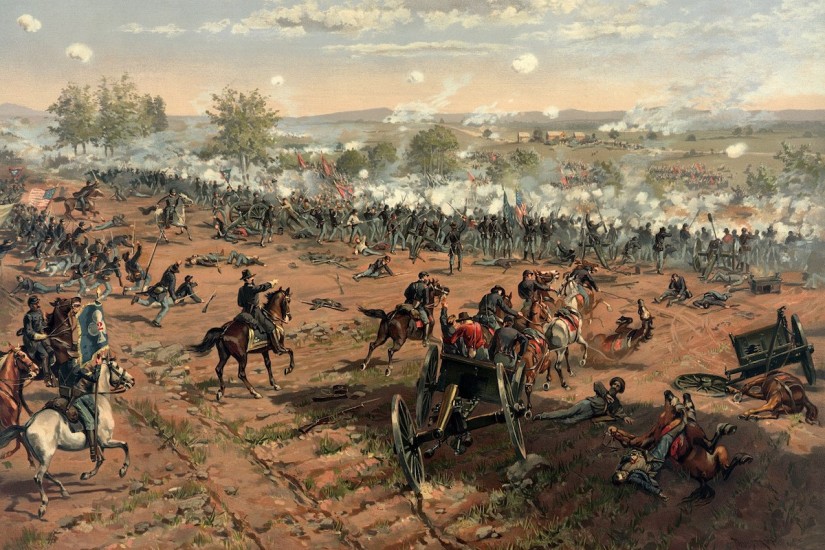 In early July, on the 150th anniversary of the Battle of Gettysburg, pilgrims will crowd Little Round Top and the High Water Mark of Pickett's Charge. But venture beyond these famous shrines to battlefield valor and you'll find quiet sites like Iverson's Pits, which recall the inglorious reality of Civil War combat.

On July 1st, 1863, Alfred Iverson ordered his brigade of North Carolinians across an open field. The soldiers marched in tight formation until Union riflemen suddenly rose from behind a stone wall and opened fire. Five hundred rebels fell dead or wounded "on a line as straight as a dress parade," Iverson reported. "They nobly fought and died without a man running to the rear. No greater gallantry and heroism has been displayed during this war."

Soldiers told a different story: of being "sprayed by the brains" of men shot in front of them, or hugging the ground and waving white kerchiefs. One survivor informed the mother of a comrade that her son was "shot between the Eye and ear" while huddled in a muddy swale. Of others in their ruined unit he wrote: "left arm was cut off, I think he will die... his left thigh hit and it was cut off." An artilleryman described one row of 79 North Carolinians executed by a single volley, their dead feet perfectly aligned. "Great God! When will this horrid war stop?" he wrote. The living rolled the dead into shallow trenches--hence the name "Iverson's Pits," now a grassy expanse more visited by ghost-hunters than battlefield tourists.

This and other scenes of unromantic slaughter aren't likely to get much notice during the Gettysburg sesquicentennial, the high water mark of Civil War remembrance. Instead, we'll hear a lot about Joshua Chamberlain's heroism and Lincoln's hallowing of the Union dead.