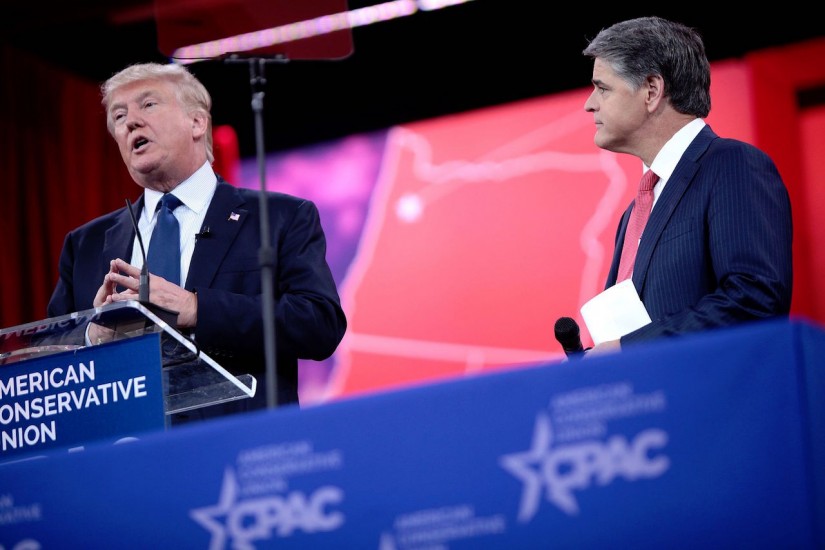 As hard as conservative hosts were on impure Republicans, they were even harder on the mainstream media. Hosts relentlessly slammed mainstream journalists for what they perceived as subtle attempts at boosting Democrats and delegitimizing conservatives. Limbaugh trotted out the nickname the “drive-by media,” inviting thoughts of violent drive-by shootings — in this case against victims like truth, fairness and objectivity.

All this — the crass insults, the anti-PC politics, the insistence on extremism, the attacks on the media — paved the way for a Trump presidency.

While Trump doesn’t always subscribe to hosts’ preferred ideological purity, his combative style is ripped straight from the playbook of conservative media. His caustic tweets toward everyone from Democratic leaders to mainstream journalists reflect the seething anger felt by disgruntled hosts, listeners and viewers who feel belittled by the liberal establishment — as do his derisive nicknames like Cryin’ Chuck and Crooked Hillary. He also relentlessly pounds what he has dubbed the “fake news media.”

Most of all, like the best hosts, Trump puts on a good show. No one knows what to expect from him from day-to-day, and nuance has no place in his White House.

And, especially given that members of the conservative media have regularly talked with Republican leaders, both on their shows and behind closed doors, for years, it is no surprise that Hannity — who speaks the president’s language and reinforces his instincts to be himself and punch back against political opponents — is one of Trump’s closest advisers.

Before the rise of talk radio and Fox News, the notion of a brawler of a president who hurls insults at everyone and listens more to media personalities than American intelligence agencies would have been inconceivable. But conservative media changed the political game by creating an audience hungry for exactly this type of politician. Along the way, they destroyed the best potential check on this sort of behavior: Americans of all political stripes trusting journalists who alerted them to politicians’ misdeeds.