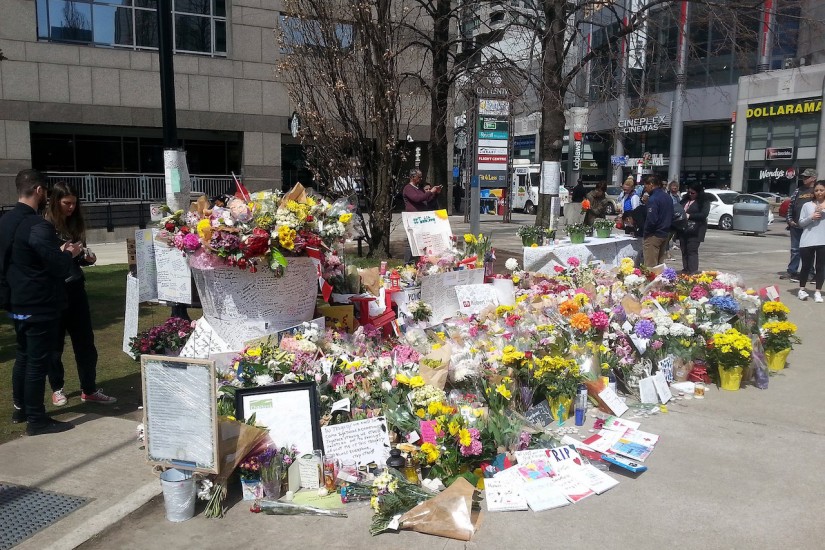 A memorial in Toronto at the site of an April 2018 vehicle-ramming attack that was allegedly carried out in the name of the Incels.
Wikimedia Commons

On April 23, according to Canadian police, Alek Minassian drove a van onto a busy Toronto sidewalk, killing 10 people, most of whom were women, and injuring 14 others. Police said Minassian allegedly posted a “cryptic message” on his Facebook account minutes before he began driving the van, an apparent reference to a post reading: “The Incel Rebellion has already begun! All hail the Supreme Gentleman Elliot Rodger!”

The post pointed to the violent anti-woman ideology that apparently fueled the attack, an ideology with roots not only in centuries of misogynistic law and tradition but also in a more recent anti-woman backlash that is part of a reaction to the rising feminism of the last 50 years.

First, a short primer: “incel” stands for involuntarily celibate. Originally coined by a Toronto woman in the 1990s, it has been co-opted by an online misogynistic subculture of men who blame women for their sexual frustration. Some revere Elliot Rodger, who went on a killing rampage in 2014, after writing a 141-page manifesto that attributed his virginity to women who had rejected him. Others have called for mass violence targeted at women, including rape and acid attacks, as part of the “Incel Revolution.”

Although some in the incel community condemned the violence, others are celebrating it, declaring Minassian a martyr for “our future.” “I will have one celebratory beer for every victim that turns out to be a young woman between 18-35,” one posted online.

Violent misogyny is nothing new. Minassian’s alleged attack reminds many Canadians of the École Polytechnique Massacre in Montreal in December 1989, when Marc Lépine shot and killed 14 women at an engineering school. Lépine claimed he was combating feminism.

But until very recently, white men in patriarchal societies such as Canada and the United States didn’t have “incel” complaints, because they enjoyed relatively free access to women’s bodies. Indeed, the seething rage that allegedly fueled Minassian’s terror comes from women gaining more control of their bodies, thanks to decades of activism. In the process, they’re denying white men an old privilege to which many still feel entitled: sex whenever they want it.