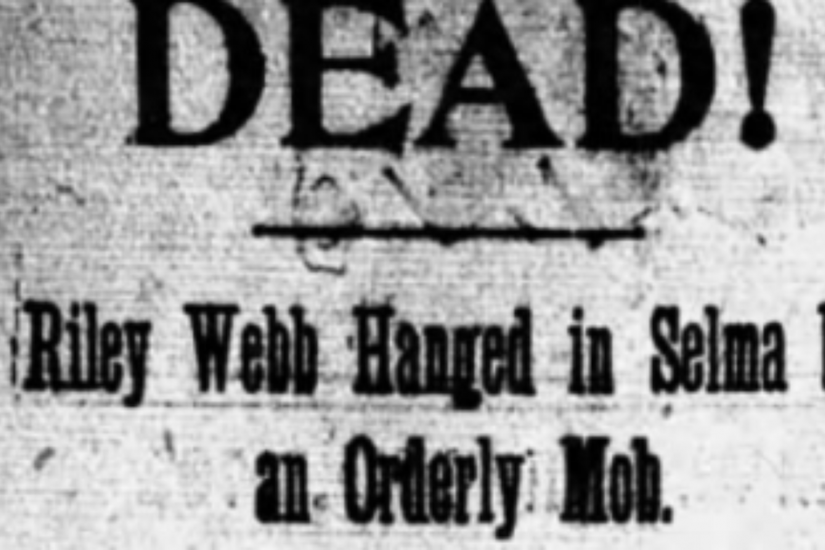 Headline from the Montgomery Advertiser, Feb. 1892.

On the day when people from across the globe come to our capital city to consider the sordid history of slavery and lynching and try to reconcile the horrors of our past, the Montgomery Advertiser recognizes its own shameful place in the history of these dastardly, murderous deeds.

We take responsibility for our proliferation of a false narrative regarding the treatment of African-Americans in those disgraceful days.

The Advertiser was careless in how it covered mob violence and the terror foisted upon African-Americans from Reconstruction through the 1950s. We dehumanized human beings. Too often we characterized lynching victims as guilty before proven so and often assumed they committed the crime.

Take Oliver Jackson, for example. Accused of killing someone in 1894, a group of masked “men” took him from a buggy and shot him to death on the side of the road in Montgomery County. After detailing his death, the Advertiser wrote that Jackson was a born murderer, despite the fact his parents were quiet and hard working.

After Riley Webb was mobbed and killed in Selma in 1892, the first line of the story included the rarely used exclamation point, “He has been caught!” Later, we recognized his burial, writing he was “planted” in the ground, as if he was something less than other men, as if he was a shrub.

Part of our responsibility as the press is to explore who we are, how we live together and analyze what impacts us. We are supposed to hold people accountable for their wrongs, and not with a wink and a nod. We went along with the 19th- and early 20th-century lies that African-Americans were inferior. We propagated a world view rooted in racism and the sickening myth of racial superiority.

The coverage we have done this past week related to the memorial and museum openings and our daily stories describing the years of lynching and horror that African-Americans endured has prompted numerous calls from readers. Some calls have been complimentary while others wish we would leave the past in the past.

We can’t do that. There are thousands of names on the memorial of people we don’t know enough about. People who never received a chance to live their lives free from the fear of being killed just because someone else didn’t like the way they looked.