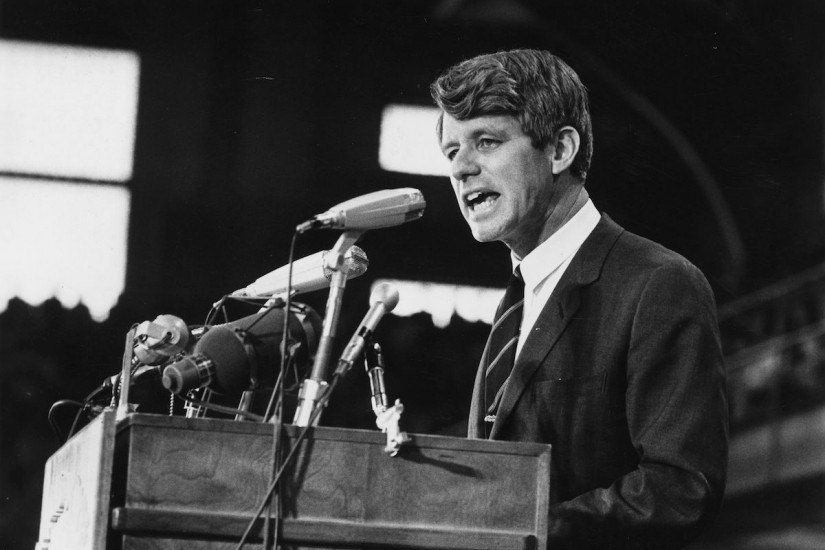 Though it only lasted 80 days, Robert F. Kennedy’s 1968 presidential campaign inspired libraries of print and video coverage too vast to be reliably inventoried. As we approach the 50th anniversary of his assassination during the early hours of June 5, one day after he won the California primary, can we possibly learn anything new?

The four-part Netflix documentary, Bobby Kennedy for President, by filmmaker Dawn Porter, offers much that is. At four-plus hours, it’s more than a chronicle of a short, legendary, ill-starred campaign. The series tracks the halting then fierce federal battle to secure black Americans’ civil rights, helmed by Kennedy himself as attorney general, under his brother, President John F. Kennedy. We watch Robert Kennedy move from reluctant civil-rights promoter to passionate advocate, as Southern violence claims “Negro” martyrs, forcing Kennedy to grasp the moral issues at stake, not merely the political risks and rewards. After his brother’s death, a devastated Bobby immerses himself in the causes of black people as well as Chicano farmworkers, American Indians, Appalachian whites, the victims of poverty in a nation of wealth. This broken man of wealth ultimately found solace among the (broken and unbroken) poor. It could all feel like cliché, in a lesser work, but the images in these four-plus hours make it new again. And of course, for a generation and a half, it will be new.

With its release on April 27, Bobby Kennedy for President lands between the 50th anniversaries of the assassinations of Kennedy and Rev. Martin Luther King Jr. It forces our attention to all that was lost on those two tragic spring evenings in 1968. Screeners for the documentary happened to land on my virtual desk at the same time as David Margolick’s new book, The Promise and the Dream: The Untold Story of Martin Luther King Jr. and Robert F. Kennedy, and I consumed both compulsively. Together, they explain why we hold tight to Kennedy’s brief presidential campaign: it fought to unite “voters of color,” in current parlance, with the New Deal Democratic base of working-class whites the party has since lost.