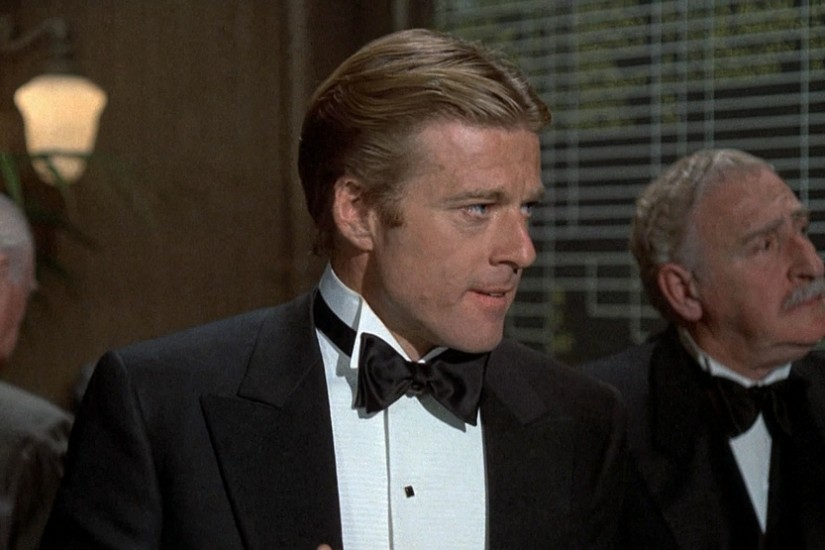 A still of Robert Redford from the 1973 film 'The Sting.'
flickr.com/kentwang

In the stage production of “The Sting” currently at the Paper Mill Playhouse in Millburn, New Jersey, (and reviewed in the New York Times on April 9th) the African American actor, J. Harrison Ghee, plays Johnny Hooker. Back in 1974, in the film on which this musical is based, Robert Redford starred in the same role.

This racial sleight of hand, according to the New York Times reviewer, is one of the stage production’s improvements to the original: casting an African American as one of the principal characters “sets up the con even more effectively, and the prejudice he faces, casual and otherwise, puts us on his side.”

For those unfamiliar with the finer details of the world of the confidence game, the defining feature of the con is that the victim is separated from his or her money by words and guile rather than violence or the threat of violence. A con man or woman deceives an unsuspecting stranger into simply handing over his or her cash or goods. Usually, but not always, the prospect of profiting by dishonest means tempts the mark into thinking he or she can get away with a dubious if not illegal transaction. The term “confidence man” was coined by James Gordon Bennett’s New York Herald back in 1849 to describe a William Thompson. But, of course, the confidence game, in its many varied guises, long predated this white man’s depredations in Lower Manhattan.

It may well be the case, in theatrical terms, that this new production of “The Sting” does set up the con more effectively by casting a black man in what had been a white man’s role. What is revealing though is that no one—neither those responsible for the musical nor the Times reviewer—seems to be aware that black confidence tricksters have a history. Catering to our views of the way the world should be, most particularly on the issue of race, may win over today’s theater audiences, but it plays havoc with the past. There have been times, for instance in the 1830s, when the occupation of con artist—though I like to think of it as more a profession—was integrated. By the mid-1930s, the period when “The Sting” is set, confidence tricksters were as Jim Crowed as a water bubbler in Montgomery, Alabama.