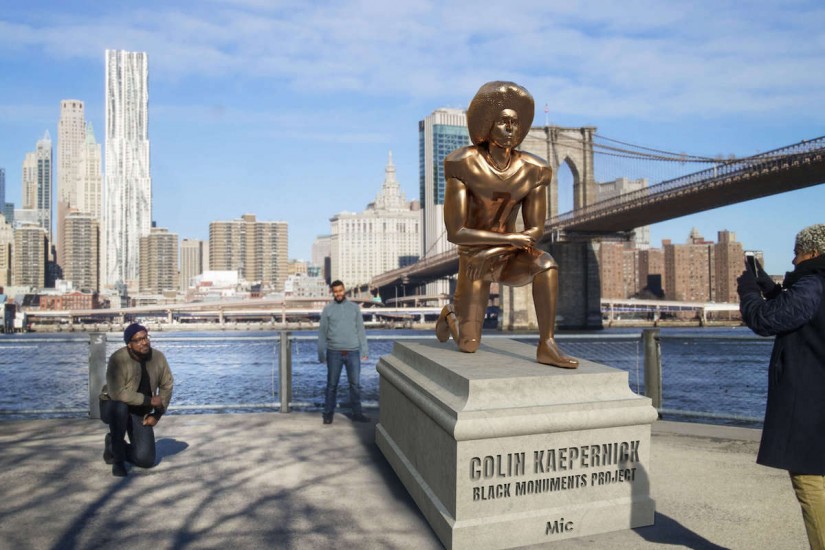 Mic
It’s been 152 years since the U.S. Civil War ended, and Americans have yet to honestly confront its legacy.

Scores of white supremacists marched on Charlottesville, Virginia, in August to protest the removal of a statue of Confederate General Robert E. Lee. The protesters claimed that Lee deserves continued valorization — that toppling his likeness would amount to erasing their proud history.

The truth is more complex, and far uglier. Lee’s affinity for brutalizing his slaves is a trait many of his boosters have either conveniently rewritten or denied. For his more dogged supporters, like the Nazis and Klansmen who rallied to his defense over the summer, these traits are central to the general’s appeal. It remains that Lee and his army waged the bloodiest war in American history for the legal right to own black people as chattel. That these Confederates are lionized in the form of at least 718 statues and memorials across the nation reflects how invested many Americans remain in affirming the white supremacy they sought, and celebrating a past where slavery defined the racial hierarchy.

We can do better. Mic’s latest editorial effort — the Black Monuments Project — aims to correct this sordid legacy through a blend of history and imagination. Published at the start of Black History Month, it repurposes our nation’s Confederate-centric memory of the Civil War as a chance to celebrate black heroes, well and lesser known, instead of the white supremacists who would see them locked in chains.

The Black Monuments Project aims to realize the world activist Bree Newsome gave Americans a glimpse of when she climbed the flagpole at the South Carolina Statehouse in June 2015 and tore down the Confederate flag that had flown there for decades. Where that memorial stood, Mic imagines a statue saluting the Charleston Nine. In place of Lee’s likeness in Virginia, we would see a monument to Henrietta Lacks, the black woman whose cells were stolen by doctors and formed the basis for decades of vital medical research.
…
View on Mic
View Connections