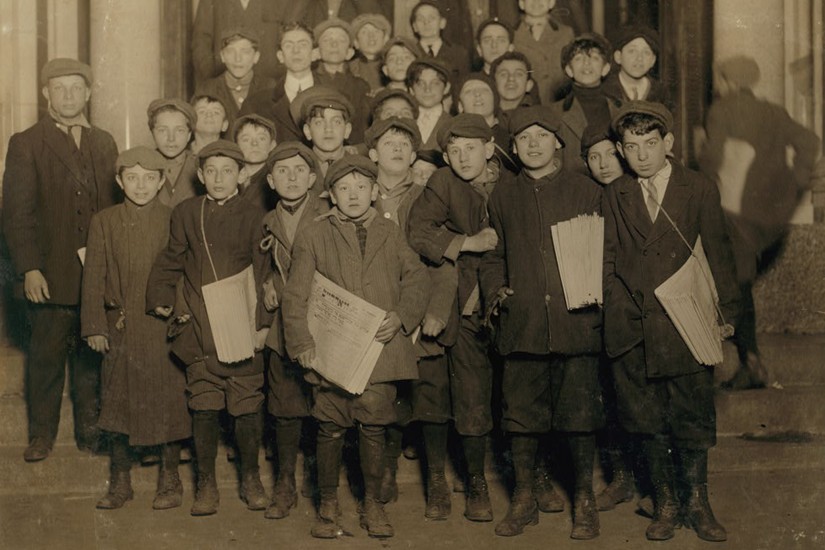 "I have a grievous wound in my heart,” a woman from the Lower East Side wrote the Jewish Daily Forward in 1906, “and maybe through the ‘Bintel Brief’ I will find relief.” Like many of the queries posed to editor Abraham Cahan for the Bintel Brief—Yiddish for “a bundle of letters”—her problem was likely too enormous for one person to solve. The paper’s advice column received countless letters from people in impossible circumstances, who wrote of their unemployment, chronic homesickness, loneliness, tuberculosis, and poverty. But the advice wasn’t the point, at least not initially. The point was providing a public soapbox from which one was free to complain, a place where Jewish immigrants could proclaim that their living and working conditions were exploitative and cruel and not a life that anyone, even a political refugee, should accept. “People often need the opportunity to pour out their heavy-laden hearts. Among our immigrant masses, this need is very marked,” Cahan later wrote in his memoir.

Between 1881 and 1925, more than 2.5 million Jews immigrated to America from Eastern Europe. Many of them moved into tenement houses on Manhattan’s Lower East Side, buildings that had no heat or ventilation and were packed so close together that residents lived in the darkness of their neighbors’ shadows. They took jobs in garment factories where they worked twelve-hour days and earned a few dollars a week.

It was there that union advocates founded the Jewish Daily Forward, a neighborhood paper with the goal of sharing news from the diaspora and urging sweatshop workers to organize. Cahan decided that workers needed to vent before they took political action, as well as assurance that their pain was valid and their misery earned before they sought relief. So, in 1906, he started an advice column.

“Allow me to unburden my heart,” begins one letter from 1906. The letter writer was a mother of seven, whose husband had died of tuberculosis. “I placed four children in an orphanage. I am now left with three, but I cannot earn a living.” Other letters from this time begin in similar ways: “I hope that you will give me the opportunity to tell the world about my sufferings”; “Have pity on a suffering woman and advise me”; “I, too, want to take advantage of this opportunity to tell about my troubles.” This last letter came from a man whose wife was bedridden, unable to speak or move. He had been fired for missing too many days taking care of her. One night, he’d grown so hopeless, he turned on the gas valve in their bedroom and lay down beside his wife, waiting to die. Suddenly his wife awoke, shouting, “Water! Water!” He got up, turned off the gas, and brought her milk. At the time he wrote the letter, his wife was getting healthier every day, and he asked the Bintel Brief if he should tell her about the night he nearly killed the both of them. The editors said it was better that she never knew.

“This secret may be withheld from his beloved wife, since it’s clear he keeps it from her out of love,” they wrote.