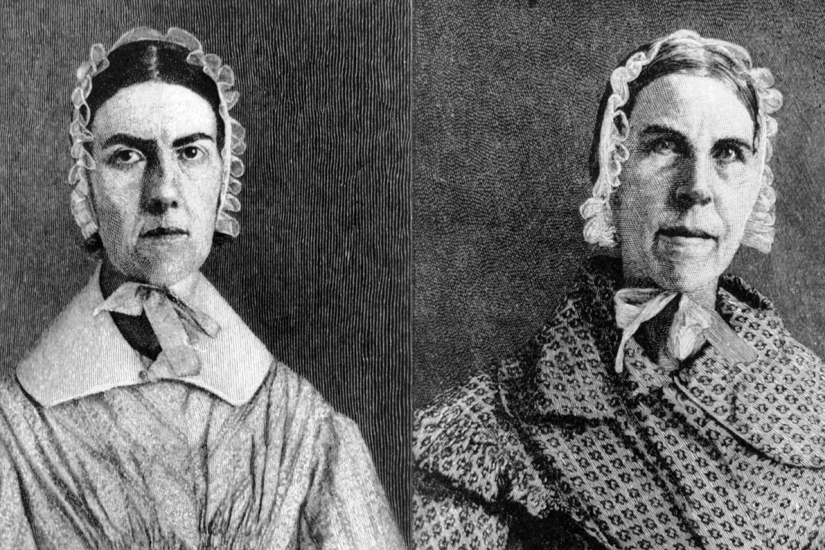 In the summer of 1837, Angelina and Sarah Grimké were traveling in eastern Massachusetts. The white, South Carolina–born sisters were working on behalf of the American Anti-Slavery Society, lecturing and organizing to end slavery immediately in the southern United States. During their travels in New England, they drew the ire of the conservative wing of the Massachusetts Congregational ministry, which opposed the immediate abolition movement. In July a pastoral letter was read from Congregational pulpits across the state condemning women who entered what was called the “public sphere” to give speeches supporting “reform.”

The attacks did not surprise the sisters. When they first began speaking in public about slavery six months earlier in New York City, many privately told them that they should stop. The sisters’ actions were indeed groundbreaking. While Frances Wright and Maria Stewart had given reform lectures earlier, neither had taken to the road on behalf of a single controversial reform. Catharine Beecher, prominent female educator, did not approve. Like the conservative Massachusetts Congregational clergy, she and her famous father, the Congregational minister Lyman Beecher, supported sending African Americans to Africa as a solution to slavery and opposed the immediate abolition movement.

In May 1837 Catharine published a pamphlet criticizing that movement as seriously misguided and Angelina Grimké, with whom she had been friends in the 1820s, for violating woman’s God-given place as subordinate to men. In response to Beecher’s pamphlet, Angelina published her own, in the form of a series of letters. The first letter was published in June in several reform newspapers. Two of the last three letters dealt with women’s equality and were as much a response to the pastoral-letter controversy as to Beecher’s limited vision for women. In the second-to-last letter, the first half of which is reprinted here, Angelina sets aside Beecher’s arguments and forthrightly states her own regarding women’s full human equality.