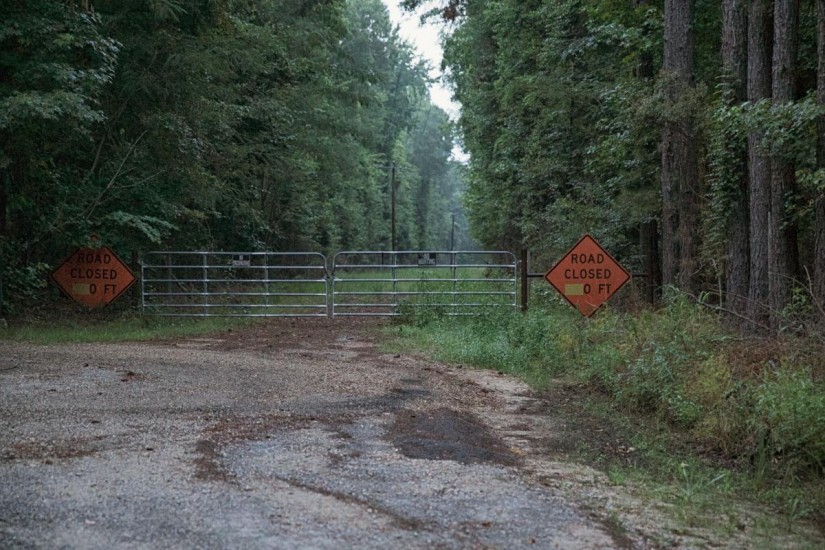 "People don't need to see that," the local official had told Jason Ward, an historian at Mississippi State University, when asked why a gate cut off the road leading to Shubuta's Hanging Bridge. Now, hearing our interest in taking a look despite the roadblock, Jason told us: "'NO TRESPASSING' signs are not to be taken lightly in Mississippi. Plus, you have the misfortune of arriving after me."

Lynching — extralegal, socially-sanctioned murder — has occurred around the world. American lynching is especially Southern, and in this regard, Shubuta is about as Southern as it gets. Two brothers and two pregnant sisters were lynched here in 1918; in 1942, while the United States fought tyranny abroad, two more young African Americans were put to death in Shubuta. Each died above the Chickasawhay River, strangled from a span that earned its name.

The town cemetery features an obelisk inscribed "To Our Confederate Dead." As with all but a very few lynching sites, there are no official markers in Shubuta to the results of the white supremacy that Confederates won. The de facto monument of the Hanging Bridge is unusual; most of the killing sites do not betray their histories. But in Shubuta, this history is hard to see.

McArthur "Sonny" Gray took us to the one other spot in town where the most important chapters in Shubuta's history can be glimpsed — the graves of Ernest Green and Charlie Lang. An elderly African-American man who keeps mowed a grassy path to the site, Sonny doesn't consider himself an activist. And he isn't inclined to political speech. In truth, we might have hoped he would offer an indictment on camera. In more than 80 years, he has seen much — but perhaps too much.

"I've heard about the Hanging Bridge all my life," he told us. But Sonny said Black residents of Shubuta don't talk much about it these days. "The way I see it," he explained, "now they're trying to let it die down as much as they can. They really don't even want to bring it up." In the summer of 2016, during an exceptionally ugly presidential campaign and Mississippi's evergreen racial tension, Sonny saw the silence as evidence that "everybody's trying to get along."

"You know," he added, fellow Black folks in town "don't bring up the old stuff like that, because it might make the young people feel kind of funny towards white people." For Sonny, it seemed, unease might be too dangerous to invite.