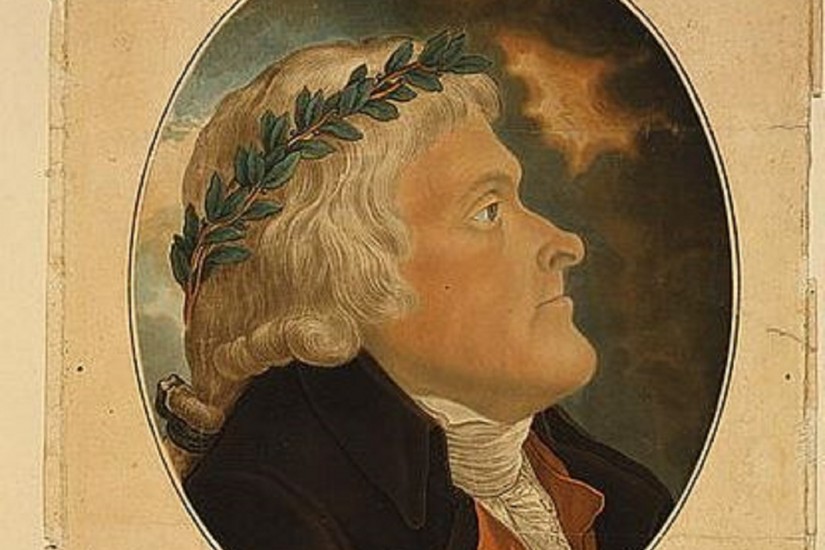 On April 13, the 273rd anniversary of his birth, Thomas Jefferson began trending on Twitter. The commentary arrived in an uneven stream, varying between patriotic quotes of dubious origin and spirited condemnations of “the biggest hypocrite the world has ever known.” A few days later, a writer for The American Conservative complained about her recent visit to Jefferson’s Monticello, which was marred by a docent who “just went on and on” about “how difficult life was for his servants.” The author found the tour “patronizing and condescending”—not to the memory of Jefferson’s slaves, but to herself. And in a daring new novel, Thomas Jefferson Dreams of Sally Hemings, Stephen O’Connor juxtaposes scenes imagining Jefferson’s notorious relationship with Hemings, his slave, with real historical documents, including excerpts from the memoirs of Jefferson’s chattel and his own criticisms of the “infamous practice” of human bondage.

A ghost haunts the stage of American politics and culture, and it looks an awful lot like the king.

In their new book, “Most Blessed of the Patriarchs”: Thomas Jefferson and the Empire of the Imagination, historians Annette Gordon-Reed and Peter S. Onuf take another look at the life and legacy of the third president. More a collection of interpretive essays than a cradle-to-grave biography, the book combines a careful analysis of Jefferson’s thought (the focus of Onuf’s influential body of work) with a deft portrayal of his personal life, closely attuned to his intertwined black and white families (the study of which Gordon-Reed revolutionized in her Pulitzer-winning 2008 volume The Hemingses of Monticello). I sat down with the authors to talk about the complexities of their central character, the shallowness of the hypocrisy charge, and the continuing importance of thinking seriously about Jefferson and his contemporaries in the age of “founder chic.”