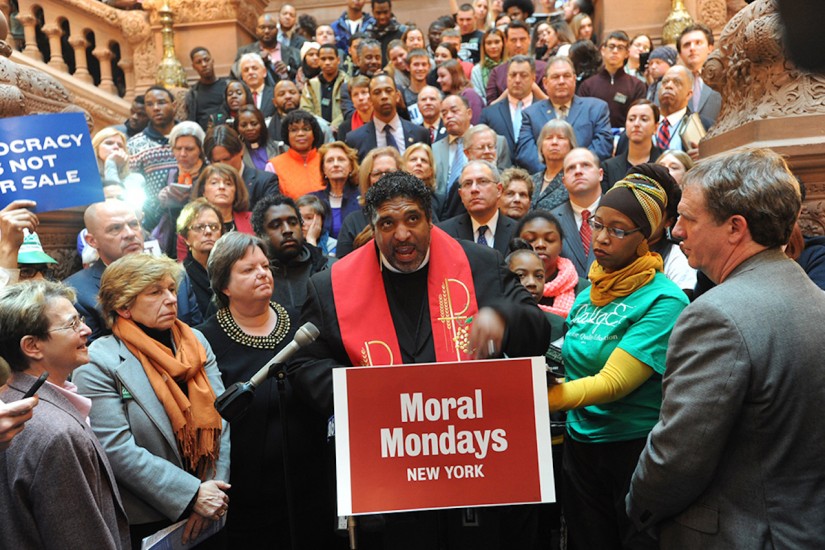 Today begins what Reverend William Barber calls the next phase of the new Poor People’s Campaign. Having led the Moral Mondays movement in North Carolina since 2011 to challenge the state’s regressive, right-wing politics, Barber is now beginning 40 days of national direct action to shine a bright light on poverty and demand a “moral revival” in the United States.

This effort attempts to resurrect the Poor People’s Campaign that the Rev. Martin Luther King Jr. started more than 50 years ago, using King’s legacy of human rights activism to inspire a new chapter in the anti-poverty movement. While King’s campaign has remained largely a footnote in history, as if it did not matter much after its architect died, the crusade against poverty continued, giving rise to the new chapter on display today.

In the months that followed King’s assassination in 1968, a multiracial coalition camped out on the Mall, where it built “Resurrection City,” a shanty town that gave marchers both a place to stay and a potent symbol of the kind of poverty plaguing millions of Americans. These activists lobbied the government for scores of policy changes including “jobs or income” for all, and demanded concrete action in executing the war on poverty.

Although only mildly successful in changing policy, the campaign brought thousands of people to Washington who subsequently built relationships with one another — some of which led to other activism — and highlighted poverty as an urgent issue in a nation uncomfortable with class politics. Ultimately, the campaign offered a number of lessons, both positive and negative, about how to develop a coalition across race and ethnic lines to combat poverty — lessons that shaped subsequent activism, including the current campaign.

After King’s assassination, the Rev. Ralph David Abernathy assumed control of the Southern Christian Leadership Conference and recommitted it to the anti-poverty campaign as a tribute to his friend and mentor. “No man can fill Dr. King’s shoes,” Abernathy said, but “we must move forward.” The campaign’s organizers strove to fulfill King’s inclusive vision of “an army of the poor,” going well beyond the black-and-white dichotomy that characterized the early freedom struggle. They invited everyone from Chicano and Native American leaders from the West to Puerto Ricans from the Northeast, and poor whites from Appalachia and the Midwest join them in Washington.