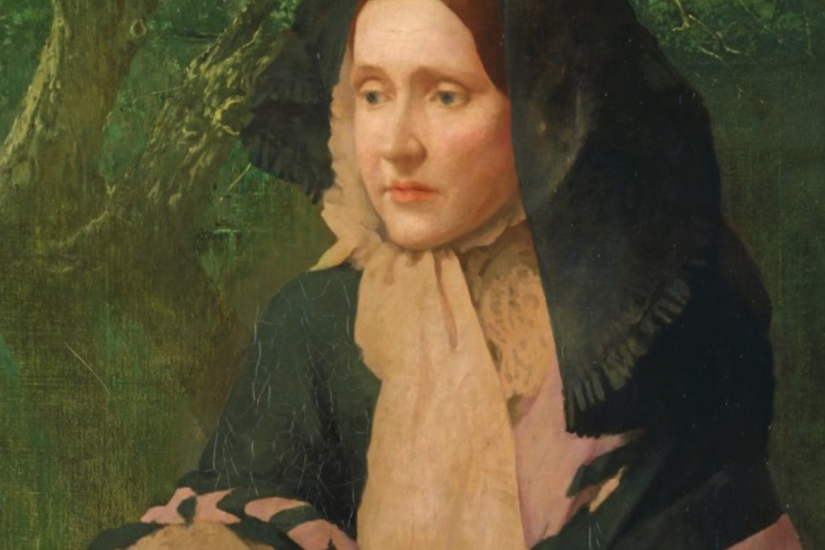 Today’s understanding that Mother’s Day began in 1908 when Anna Jarvis decided to honor her mother badly undersells a significant social movement. “Mothers’ Day,” did not start as a way to encourage people to be nice to their mothers. It was part of women’s effort to gain power to change modern society in the late nineteenth century. The creation of Mothers’ Day was an impassioned effort by women to end war forever.The Civil War years taught naïve Americans what carnage meant in a modern war. Soldiers who had marched jauntily off to war discovered that long-range weapons turned the inaccurate volleys of the past into murderous waves of death. Their romantic notions of brave battle and either a victorious return or a clean end died even before the men did. They saw their friends trampled into blood-soaked mud, piled like cordwood in ditches, turned into emaciated corpses after dysentery had drained their lives away.

The women who had sent their men off to war were also haunted by its results. They lost fathers, husbands, sons. If their menfolk did come home, they brought scars: wounds, missing limbs, and psychological trauma.

Modern war, it seemed, was not a game.

Out of the war came not only a horror of war, but also a new sense of empowerment for Union women. During the war, they had bought bonds, paid taxes, raised money for the war effort, managed farms, harvested fields, worked in war industries, reared children, nursed soldiers. When the war ended, they were eager to continue to participate in national affairs. Resenting that the Fourteenth Amendment did not establish that women, as well as African American men, were citizens, women in 1869 organized the National American Woman’s Suffrage Association and the American Woman’s Suffrage Association to promote women’s right to have a say in the direction of the country.

Julia Ward Howe was a key figure in the American Woman’s Suffrage Association. She was a Boston lady drawn to women’s rights because current laws meant that if she broke free from her abusive husband, she would lose any right to see her children (a fact he threw at her whenever she threatened to leave him). She was not a radical in the mold of Elizabeth Cady Stanton. Rather, she believed strongly that women, as mothers, had a special role to perform in the world.

For Howe, the Civil War had been traumatic, but that it led to emancipation might have justified its terrible bloodshed (a theme she developed in her “Battle Hymn of the Republic”). The outbreak of the Franco-Prussian War in 1870 was another story. As she remembered:

I was visited by a sudden feeling of the cruel and unnecessary character of the contest. It seemed to me a return to barbarism, the issue having been one which might easily have been settled without bloodshed. The question forced itself upon me, “Why do not the mothers of mankind interfere in these matters, to prevent the waste of that human life of which they alone know and bear the cost?”

Howe had a new vision, she said, of “the august dignity of motherhood and its terrible responsibilities.” She sat down immediately and wrote an “Appeal to Womanhood Throughout the World.” Men always had and always would decide questions by resorting to “mutual murder.” But women did not have to accept this state of affairs, she wrote. Mothers could command their sons to stop the madness.

Arise, women! Howe commanded. Say firmly: “We will not have great questions decided by irrelevant agencies. Our husbands shall not come to us, reeking with carnage, for caresses and applause. Our sons shall not be taken from us to unlearn all that we have been able to teach them of charity, mercy ...