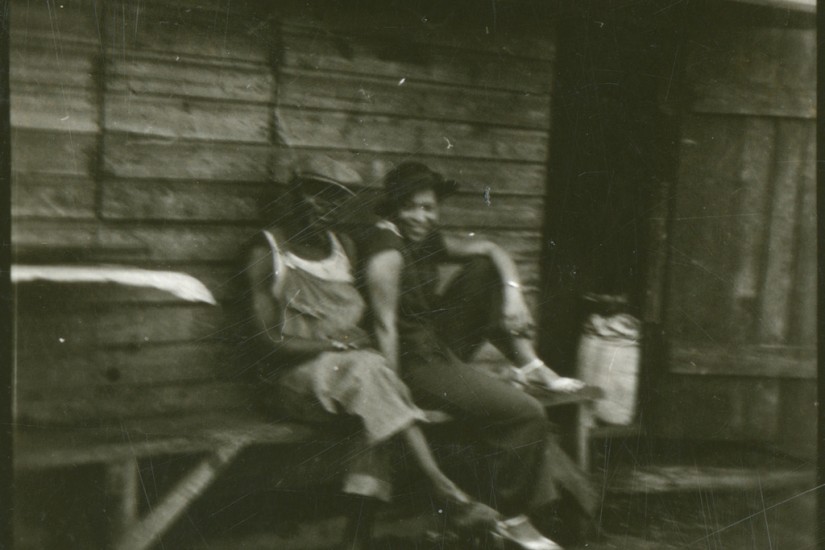 Zora Neale Hurston and an unidentified man during her 1935 trip to Florida for interviews.
Library of Congress
…

Pitched by its publisher as a highly anticipated “literary event,” the release of Barracoon is offered as a stand-in for the nonevent of emancipation. And like so many other attempts at narrating the past of a slave, the release of Barracoon promises to both reveal and suture the wounds wrought by slavery. But if slavery continues to haunt the present, then Hurston’s editor was right: the book was not and never could be ready. After all, how do you narrate a story that has yet to come to an end? If emancipation was less an event and more an incomplete experiment, what would it mean to recast Barracoon in similar terms—that is, as less of a literary event and more as an experiment in communicating and conveying the life of a survivor of the Middle Passage, the life of a man who is, quite literally, the afterlife of slavery? From this perspective, it’s impossible to consider Barracoon without taking into account Hurston’s movement through and across media, from the essay to the film to the book and back again. Viewed in this way, the question that underpins Hurston’s efforts is not so much one of documentation, preservation, historical accuracy, or recovery. Her project, rather, is only a piece in the ongoing search for an expressive practice that can communicate the afterlife of slavery.

HarperCollins’ celebration of Barracoon as a landmark event that sheds new light on the tragedy of slavery indexes our ongoing cultural obsession with slavery—from Steve McQueen’s Twelve Years A Slave to Colson Whitehead’s Underground Railroad to the short-lived series Underground. Many of these productions are excellent and deserving of the praise and celebration they’ve received, but their popularity also reveals what Hurston knew all along: that conveying the story of slavery in particular, and black life in general, is tricky business. Taking up the project will always risk reducing black life to an object of knowledge, an exchangeable commodity, or just simply black cargo.