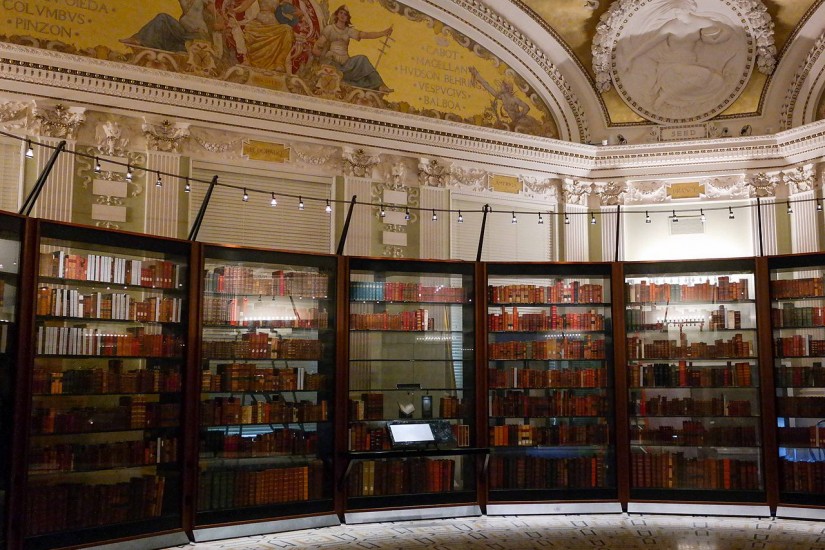 In May 1815, Thomas Jefferson’s library travelled over a hundred miles in ten wagons from Monticello to Washington, DC. When they arrived, the Librarian of Congress arranged them in their original Jeffersonian order. However, transporting 6,700 volumes from just outside Charlottesville to DC, in ten wagons during wartime, was the easy part. A reexamination of the congressional acquisition of Jefferson’s books illuminates competing visions for American democracy and national identity from 1814 through 1815. This story is largely forgotten precisely because Jeffersonian epistemology and ideology prevailed.

In 1800, Congress established the LOC to facilitate Congressmen’s legal and policy research. The original LOC offered only legal texts and parliamentary proceedings. But like today, it stood on Capitol Hill among some of the most important rooms of American government. In July 1814, the second ever Librarian of Congress went to Virginia Springs for the remaining summer. Assistant Librarian J.T. Frost was left in charge of the books. As British troops approached DC, Frost moved the congressional library to safety in Virginia on the last possible day: August 21, 1814. Frost sent John Wilson to obtain a cart and four oxen, which arrived in Washington at dusk to transport the most valuable papers and records to Virginia. That night of August 21, British troops entered DC. As they torched buildings, the most valuable books, four oxen, and presumably John Wilson rode off into the warm Virginia night.

The War of 1812 and especially the burning of DC symbolized a struggle to define America’s identity and meaning. British torched the Executive Mansion, Treasury Department, Capitol, and lastly the LOC. Many Americans at the time interpreted burning the LOC to signify an uncivilized enemy. Newspapers across the country condemned the burning as savagery.[2]But since the LOC retained at least one copy of each book, Jefferson’s offer was more about an ideology than necessity.

Jefferson’s books once filled three rooms in Monticello. For Jefferson, being an avid reader was a form of moral exercise. The burning of Washington presented an opportunity for Jefferson’s books to educate the nation by becoming a national library.

Jefferson’s book log is a window into his mind and epistemology. He divided his books into the categories of “History, Philosophy, and Fine Arts.”