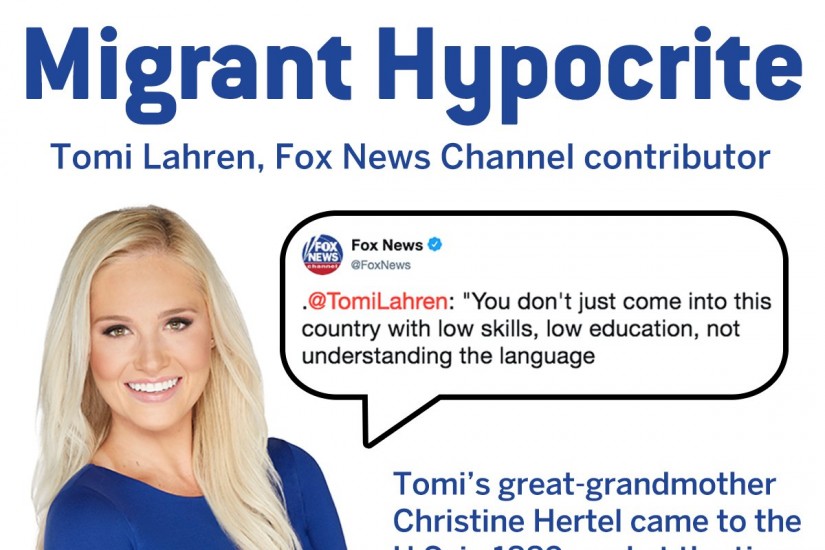 I want to love #ResistanceGenealogy, the hashtag and project started by Jennifer Mendelsohn. The journalist and researcher digs up genealogical information on prominent Trumpsters, especially those who are architects and cheerleaders of the administration’s restrictive stance on immigration. Tomi Lahren’s great-great-grandfather forged citizenship papers; Mike Pence’s family benefited from “chain migration”; James Woods’ ancestors fled famine and moved to Britain as refugees. Plenty of liberals applaud Mendelsohn’s finds; others have joined in the project and contributed to the hashtag with their own family stories. She’s gotten coverage everywhere from Politico to Wonkette to CNN.

But #ResistanceGenealogy is fundamentally flawed. Its popularity showcases the left’s inability to recognize how deeply racism is embedded in the Trump administration’s approach to immigration, and to see clearly what the effects of that racism are.

Starting in the 1830s and 1840s, some American abolitionists advocated for a tactic called moral suasion, arguing that surely white Americans who truly knew about the full horrors of slavery would change their minds and fight for its abolition. They tried to promote fellow feeling, telling stories of separation and sexual abuse to play upon Victorian idealization of family togetherness and womanly virtue. This worked for some listeners, but not for others, whose racism and complicity in the system deadened any natural empathy they might have had. Ending slavery took a war.

It feels like we’re making a similar mistake here. Mendelsohn has tweeted that her project is about compassion, and strives for the awakening of empathy. But no extremely moving information about John Kelly’s or Mike Pence’s families from decades ago will make immigration hawks rethink the way they perceive a story like the one about ICE taking an 18-month-old child from his Honduran mother—telling her to strap him into a car seat, and then driving away without allowing her to say goodbye. From an immigration hawk’s point of view, that’s not anyone like their mother, not anyone like their family.