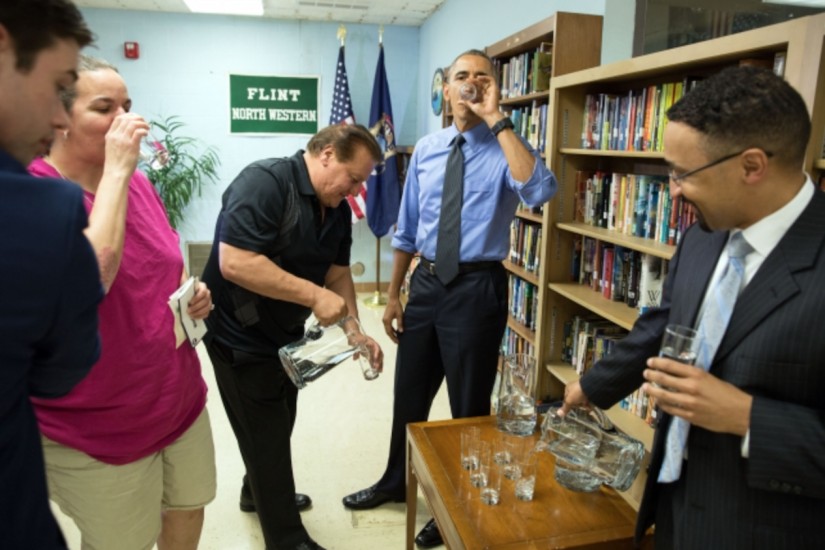 Flint’s saga reveals many issues in how America treats its poor and restricts their access to the most necessary of resources, but it also prompts a few questions regarding how we conceptualize and envision history. What role has water played in the lives of Black Americans from colonization to the present? Have historians unfairly privileged land-based models and ignored how people of African descent participated in aquatic activities? Has this been detrimental to how African Americans experience water and view its importance in their ancestral history? One finds that water holds a dual role in the history of Black culture and intellectual thought. In one sense, water is an arena for resistance that liberates, nourishes, and sanctifies a people, but it can also be weaponized by hegemonic forces seeking to degrade, poison, or eliminate rebellious populations.

Water was often present during key moments in the Black experience, but scholars often treat it as ancillary to the broader narrative. In Undercurrents of Power, Kevin Dawson argues that histories of slavery usually prefer land-based models contained within the plantation, and people rarely consider how enslaved people engaged with water for purposes of labor and recreation. He contends that Atlantic African societies resided near oceans, lakes, and rivers that allowed them to weave “terrestrial and aquatic experiences into amphibious lives.” He proves that Africans taken in the slave trade were intimately familiar with water and their maritime skills surpassed those of Europeans, most of whom came from colder climates and rarely learned to command moving water without a ship. Accordingly, enslaved people of African descent were used as divers, swimmers, fishermen, and sailors in various parts of the Americas.

Outside its strictly physical importance, Ras Michael Brown and T.J. Desch-Obi reveal that water was a central feature in the spiritual practices of Africans on both sides of the Atlantic. Brown examines how ancestral water spirits (simbi) remained a fundamental component of religious practices connecting the living with the dead, while Desch-Obi contends that certain African martial arts relied on practitioners crossing the “kalunga,” which he describes as “an entire cosmological system that understood bodies of water to be bridges connecting the lands of the living and the realm of the dead.”