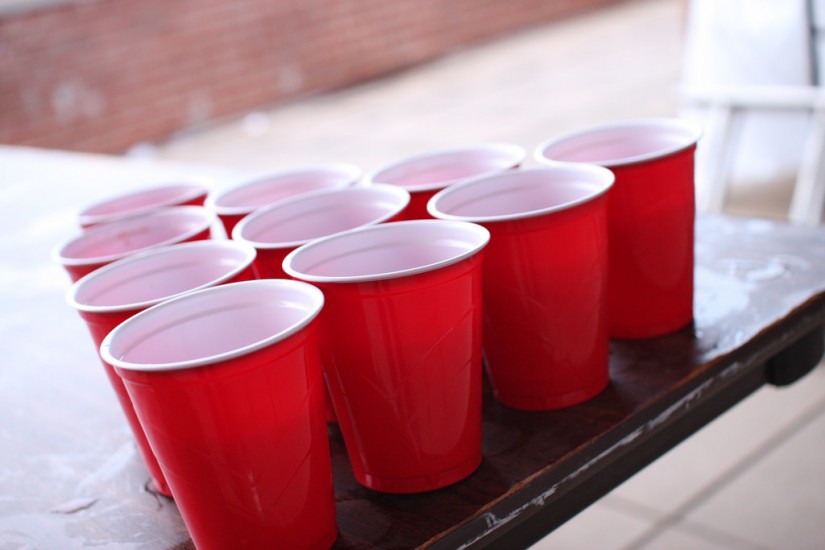 Before Leo Hulseman started the company on Chicago’s South Side during the Great Depression, the South Dakota native was a salesman for Vortex Manufacturing Company in Chicago, which used a machine patented in 1920 by local inventor David F. Curtin to make cone-shaped paper cups. Paper cups were in demand because of concerns about hygiene. Before the early 1900s, it had been common for people to drink water out of shared cups, but the twentieth century brought a growing awareness that this was a great way to ingest germs. In 1911, the Chicago City Council outlawed the use of “common drinking cups”—or the “Cup of Death,” as a Tribune headline put it—in “any building or place open to the public, or in any lodginghouse or boardinghouse, factory, office, store, or private school.” (The ordinance is still on the books.)

In 1936, Hulseman founded his own business—originally called Paper Container Manufacturing—selling a similar paper cone. “He built a machine in his garage,” recalls grandson Paul Hulseman. “He would make the cups at night and sell them during the day.” The business soon took over an old ice plant at 75th Street and East End Avenue in the South Shore neighborhood.

The company’s 4.25-ounce cones were easy to pull from dispensers next to water coolers in offices and places like golf courses. “It’s the ultimate disposable, because it couldn’t be put down,” Paul says. Leo Hulseman later credited his company’s growth to an automatic paper-cup-making machine, which could churn out 250 cups a minute from a roll of paper. He bought that machine in 1940 from its inventor, George Method Merta, a Chicagoan who’d immigrated from the tiny mountain town of Metylovice in Czechoslovakia.

Hulseman’s company soon started using the Solo name. Paul Hulseman says he heard a family story explaining what it meant: “My uncle John, my dad, and my grandfather were sitting around the kitchen table one day. ‘Solo’ came up—as in ‘So high in quality, so low in price.’”