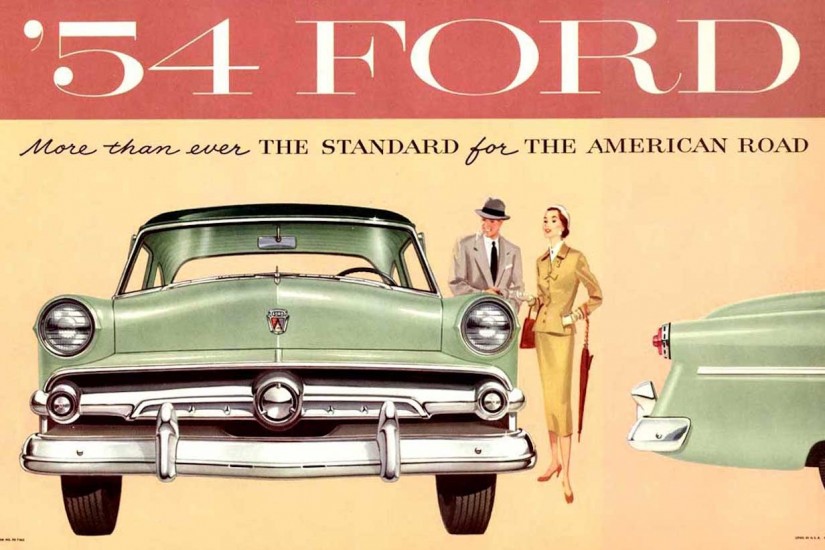 Ford Motor Company recently dropped a bombshell—one that would have been largely unthinkable before the Great Recession. FoMoCo announced that it would be phasing out virtually all passenger cars built for the U.S./Canadian market (they will continue in Europe) by 2020, except for the upcoming Focus Active and always-popular Mustang—a move all the more grim in that it was founding father Henry Ford that pioneered the mass-market sedan for both America and the world.

The Focus will be first to go this month, followed by the Taurus next March and the Fiesta in May 2019.

Ford Motor Company was always the Eve to General Motors’ Adam in Detroit, not only making cars (and profits) by the trunkload, but leading the league in midcentury style. The “Jackie Kennedy” Lincoln Continental Town Car. The Thunderbird. But during the “Big Government” era of unapologetically high property taxes and ballooning environmental regulations, Ford suffered its first postwar crash. Amid the 1975 fuel shortages, Congress passed—and Detroit’s own liberal Republican stalwart Gerald Ford (despite some quibbles and misgivings) signed—the Corporate Average Fuel Economy Act (CAFÉ), which started off by requiring an 18 mpg standard by the 1978 model year (1975 models were around 13 mpg by average.) The standard would rise to 19 mpg in 1979, 20 in 1980, and then not one but two mileage points per year through 1984—with massive, multi-million-dollar IRS and court-imposed fines if a manufacturer was found to be non-compliant.

Like a small-town mayor futilely trying to resist a federal court order, Ford mocked GM’s newly streamlined “large” cars when they debuted for 1977 (GM had been planning to go on a diet even before CAFÉ, and had vastly more R&D money than Ford or Chrysler). Ads noted that Ford’s family-priced LTD sedan was now the same length as a “downsized” (but still gargantuan by today’s standards) new ’77 Cadillac. Cynically, both Ford and Chrysler made no secret of the fact that their 1978 model full-size cars would be the last of their kind (Cadillac also let everyone know that their big 1978 Eldorado was heading for the exit door), encouraging not only the “buy it while you still can!” panic buying of the hyperinflationary late ‘70s—but also as good as telling customers that next year’s forcibly-downsized models would be decidedly inferior.