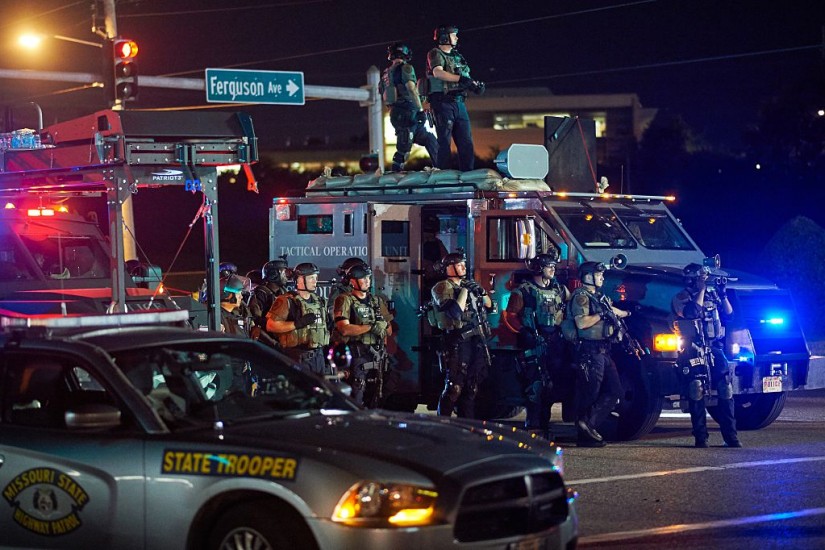 Several mornings after Michael Brown was shot and killed, and a group of angry youths burned down the local QuikTrip gas station, I ran into a few gentlemen assembled in that same burned-out parking lot, arguing and talking about politics as they cleaned up the site. One man in his 50s, with a wiry intensity, looked into the camera and said, “We want the world to know that we are a dignified, intelligent people, and we deserve every liberty that the United States Constitution affords any citizen.”

But what was the Constitution doing, really, in Ferguson? It seemed an absurdly remote abstraction, as practical a piece of protection as reciting a poem into the barrel of a gun. And yet, in a grand irony, the document itself—and the nation it binds together—was born of almost the exact same set of grievances as those of the protesters getting teargassed in the streets of Ferguson.

We are taught in grade school that the motto of the American Revolution was “No taxation without representation.” The tyrannical King George III insisted on taxing the colonies against their will, employing ever more draconian measures to do so, until the colonists could take it no longer. But dig a little deeper into the history, and it turns out the spark of the revolution was not so much taxation as the enforcement of a particular tax regime—in other words, policing.